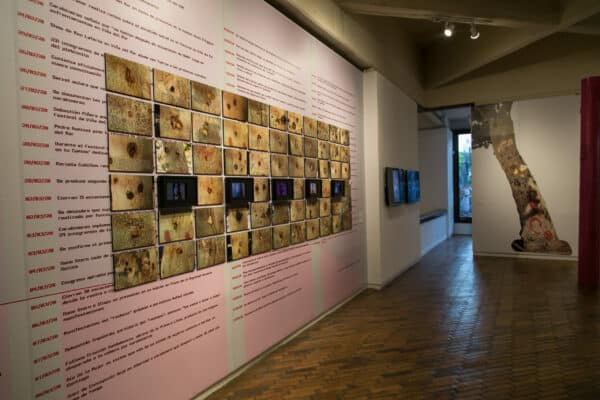 In the midst of the riots that occurred in Chile from October 2019 to March 2020, Voluspa Jarpa invited collaborators to reflect on the phenomenon of protest and the themes of resistance and rebellion. Her latest exhibition 𝘚𝘪𝘯𝘥𝘦𝘮𝘪𝘢 is the result of this research as it analyzes the mechanisms of abuse conceived by an authoritarian regime against a national protest. Made with the support of the Julius Baer Art Prize, the show explores the Chilean reality but also resonates with the current Colombian, and broader Latin American contexts of repression. 𝘚𝘪𝘯𝘥𝘦𝘮𝘪𝘢 opens on August 28th at the MAMBO, don’t miss it!