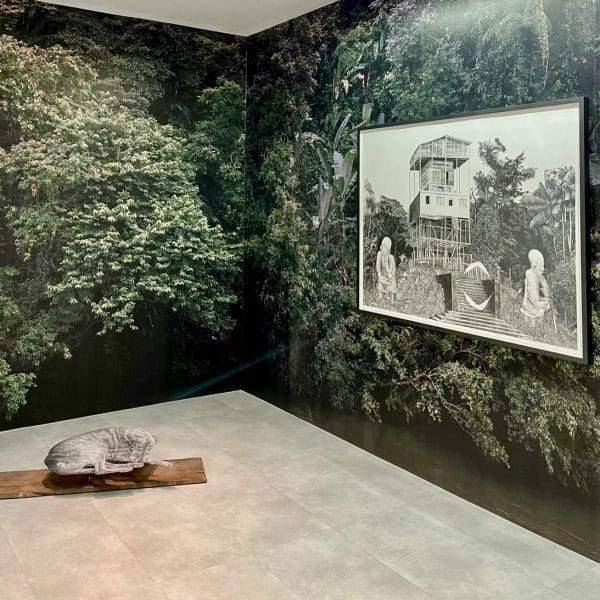 Tierradentro, Daniel Otero Torres’ new solo-exhibition opens on March 13th at the Drawing Lab Paris. Tierradentro means “the land of the interior”, and it derives from an archaeological site located north of the Andes Cordillera in Cauca, Colombia. Protected for its monumental sculptures and buried tombs, it houses the remains of a vast pre-Hispanic culture known only in fragments. Borrowing the gaze of the anthropologist, the naturalist, the physicist, or even the reader of science fiction, Otero Torres’ new works update pre-Columbian knowledge and legends from various regions of Latin America. The exhibition is curated by Anaïs Lepage and will be open until June 17th.