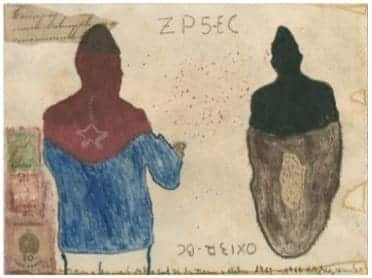 Taking place at the Museo de Arte Moderno de Medellín (MAMM), in Colombia, and then traveling to Museo Amparo, Puebla (Mexico), the exhibition departs from the shared experience of death and extinction that has traversed Latin America since colonial times and its various manifestations. From the figure of the undead, who incarnated early capitalist slave economies such as the exploitation of the Brazilian gold miners, the endlessly toiling Haitian zombies in sugar plantations, and the forced labor of Indigenous people at Colombian rubber plantations, to the haunting bodies of those fallen to drug wars that countries such as Mexico and Colombia have waged on their own citizens.