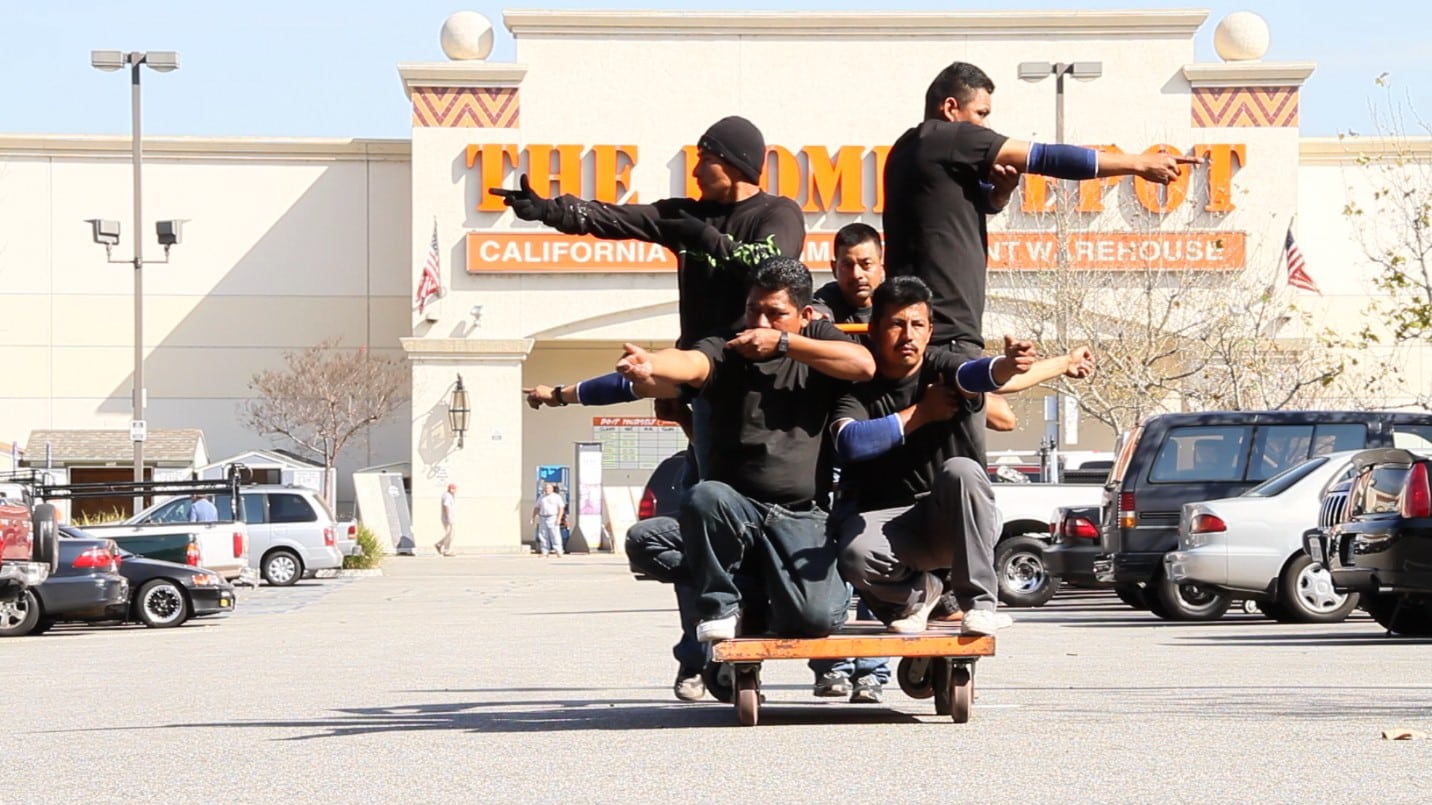 Okón’s work is a re-enactement of the Guatemalan Civil War which, instead of taking place in the actual fields where historical battles happened and being performed by people who did not actually fight in the war, is proposed at a Home Depot parking lot in Los Angeles. It is performed by the actual combatants who, during the 1990s fought in the war that is being re-enacted: a dozen members of the Los Angeles Mayan community, all recent undocumented immigrants who gather to look for work as day laborers at the same parking lot where the shoot takes place.

The title makes reference to the nickname used in Guatemala for The United Fruit Company, UFCO (nowdays Chiquita Banana), a US Company based in Guatemala and directly linked to the CIA led coup and to the following civil war.

𝘖𝘤𝘵𝘰𝘱𝘶𝘴 is part of other institutional collections such as the Tate Modern London and the National Gallery of Victoria.