mor charpentier is proud to premiere an exclusive online presentation of this project. 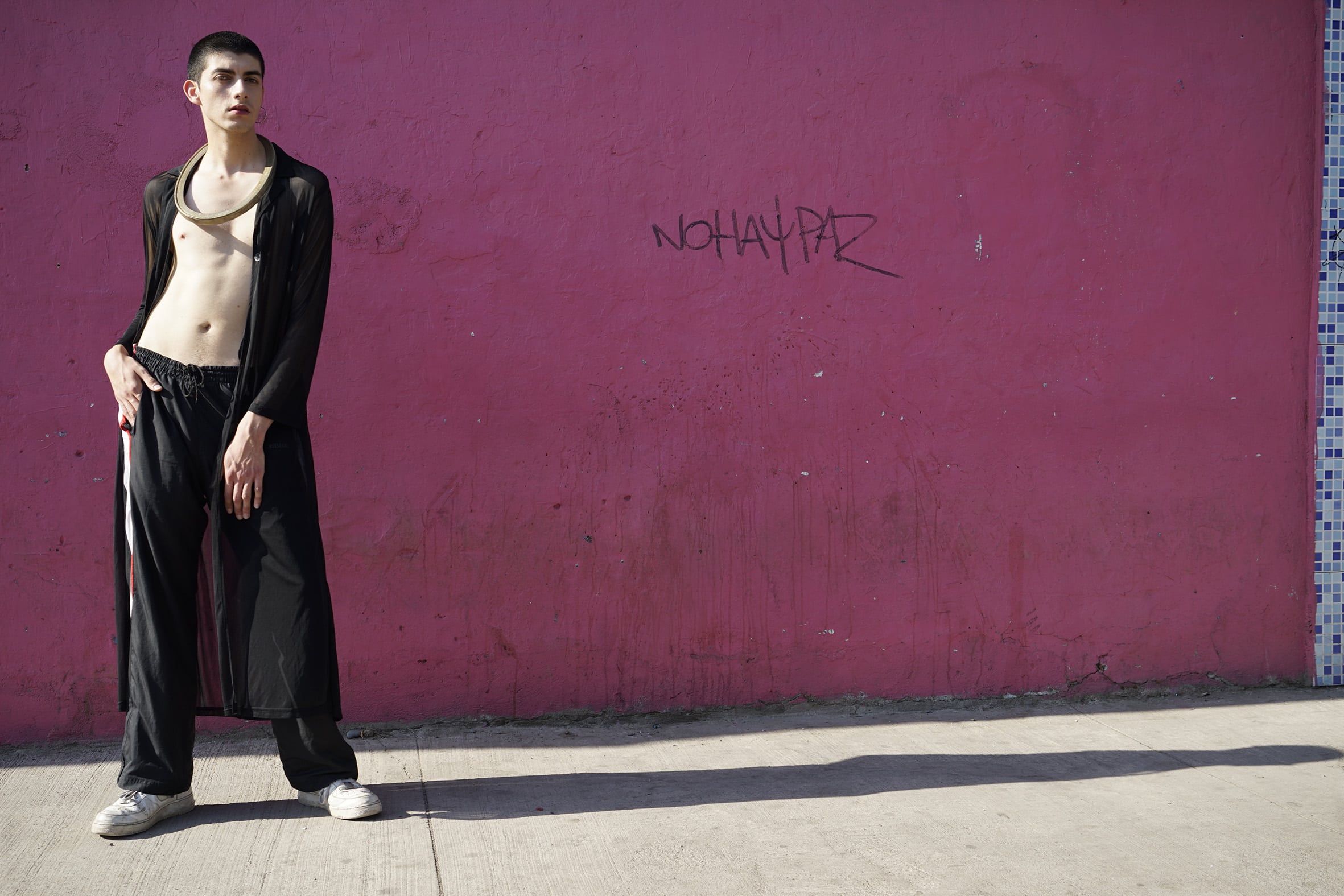 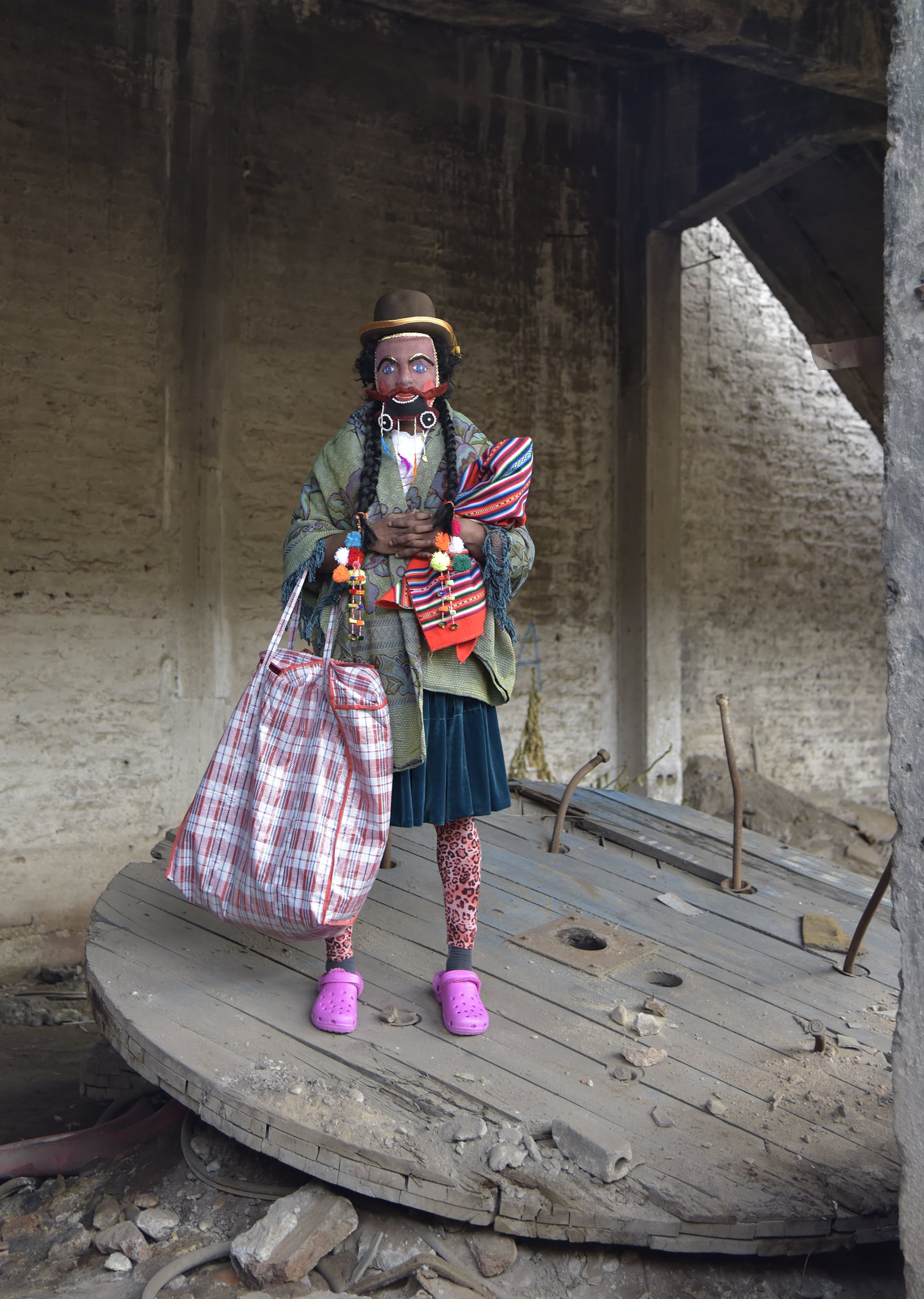 The term “ropa americana” —“American clothes”— was introduced in Chile during the economic crisis of the 1980s, under Pinochet’s dictatorship, to designate second hand clothes. Garments were massively shipped from the US and dispatched amongst a society that was impoverished as a consequence of neoliberal politics which were, ironically, also “imported” from the Americans. 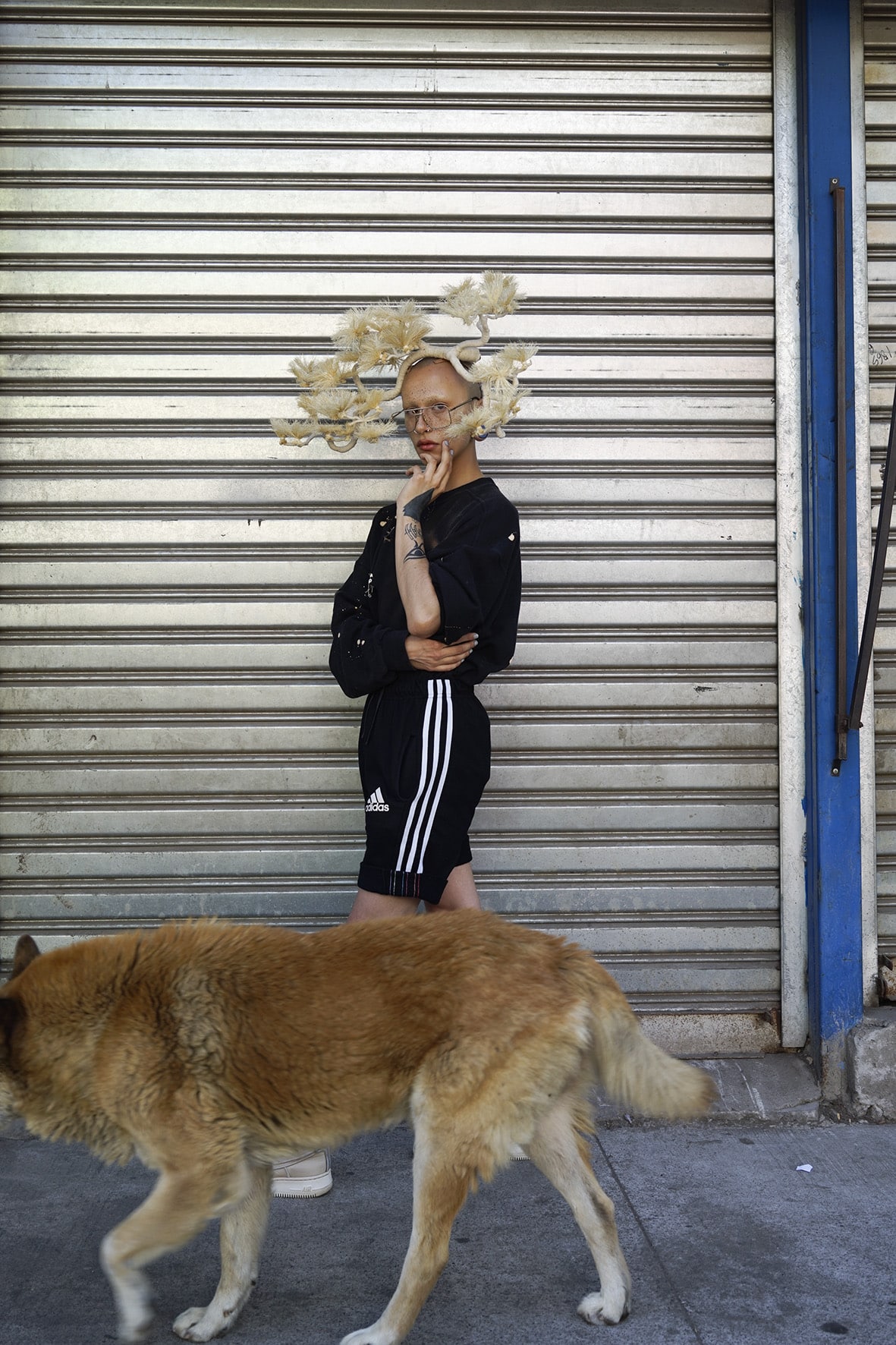 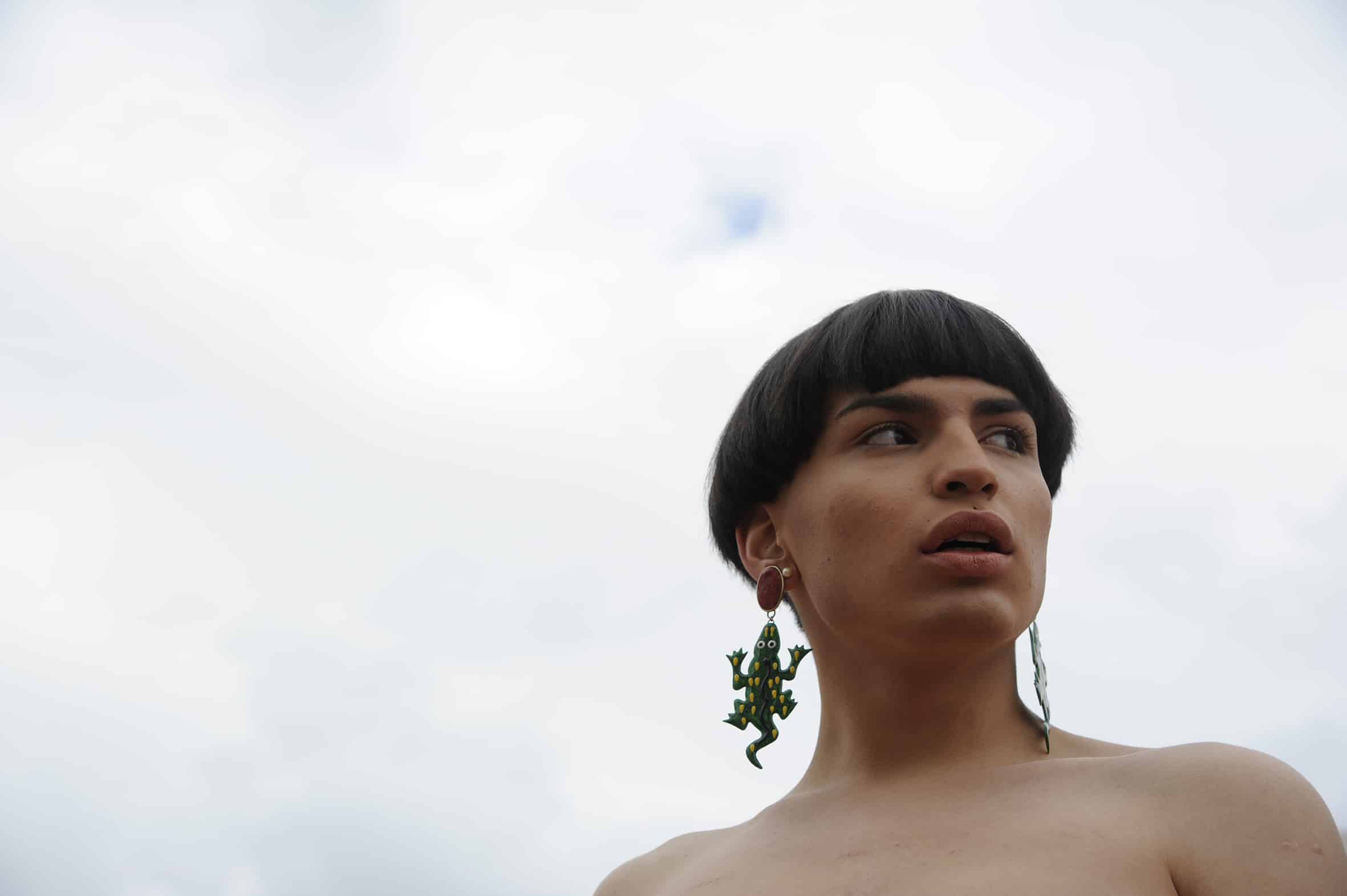 Paz Errázuriz chose this title, but she is was meaning to tell a different story. The project started as a commission —which is very unusual in her artistic practice— from the fashion magazine Madame Figaro, but became a multifaceted and non-normative vision of Santiago’s youth. In an article about this series, art critic Nelly Richards explains how Errázuriz’s “anti-fashion” project disrupts the habit of having women posing as models in this type of publications. On the contrary, the artist picked up non binary bodies that identify themselves beside the distinction of masculine and feminine; some of them transition in between genders, while others manifest an androgynous sensibility inside the LGBT+ community. 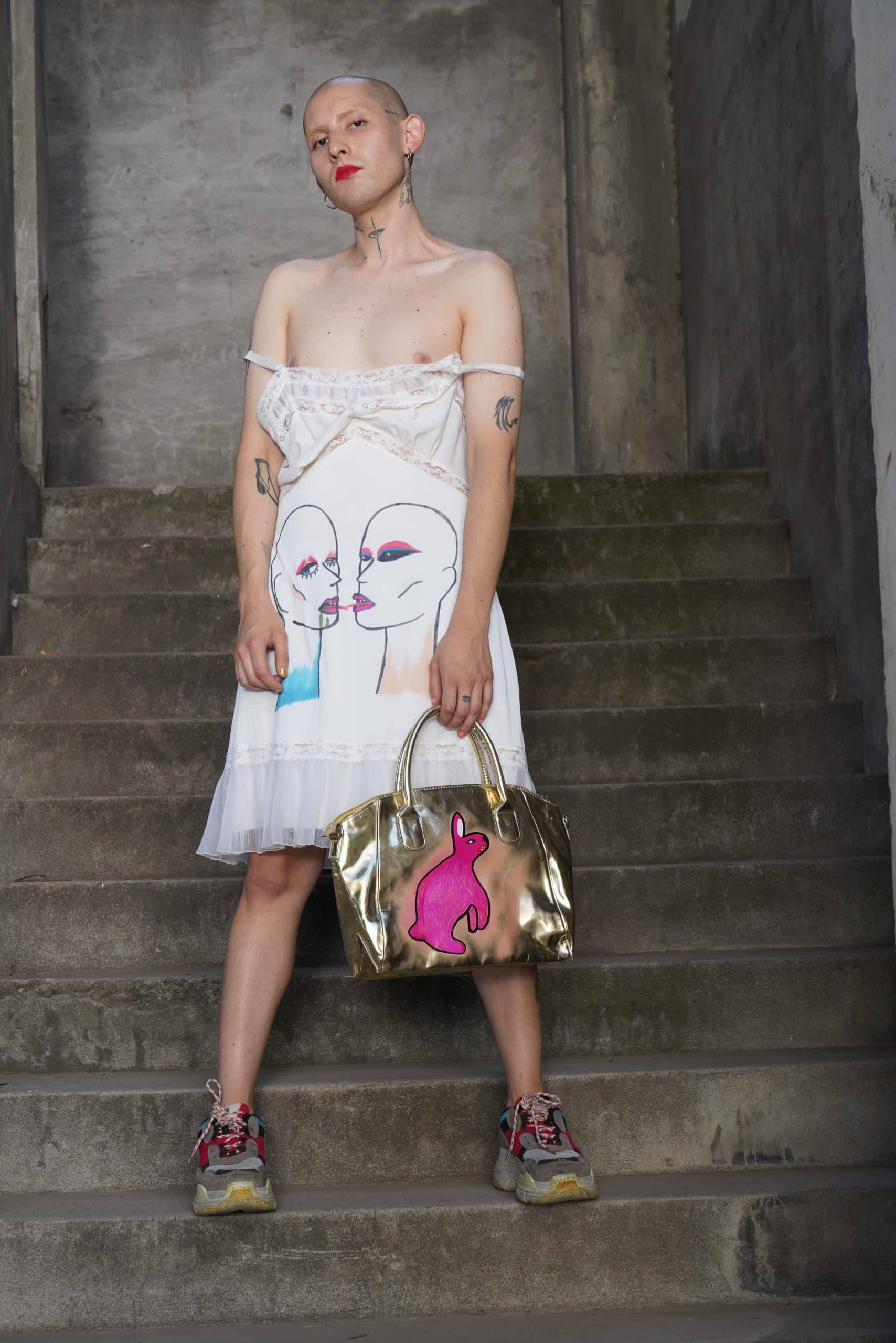 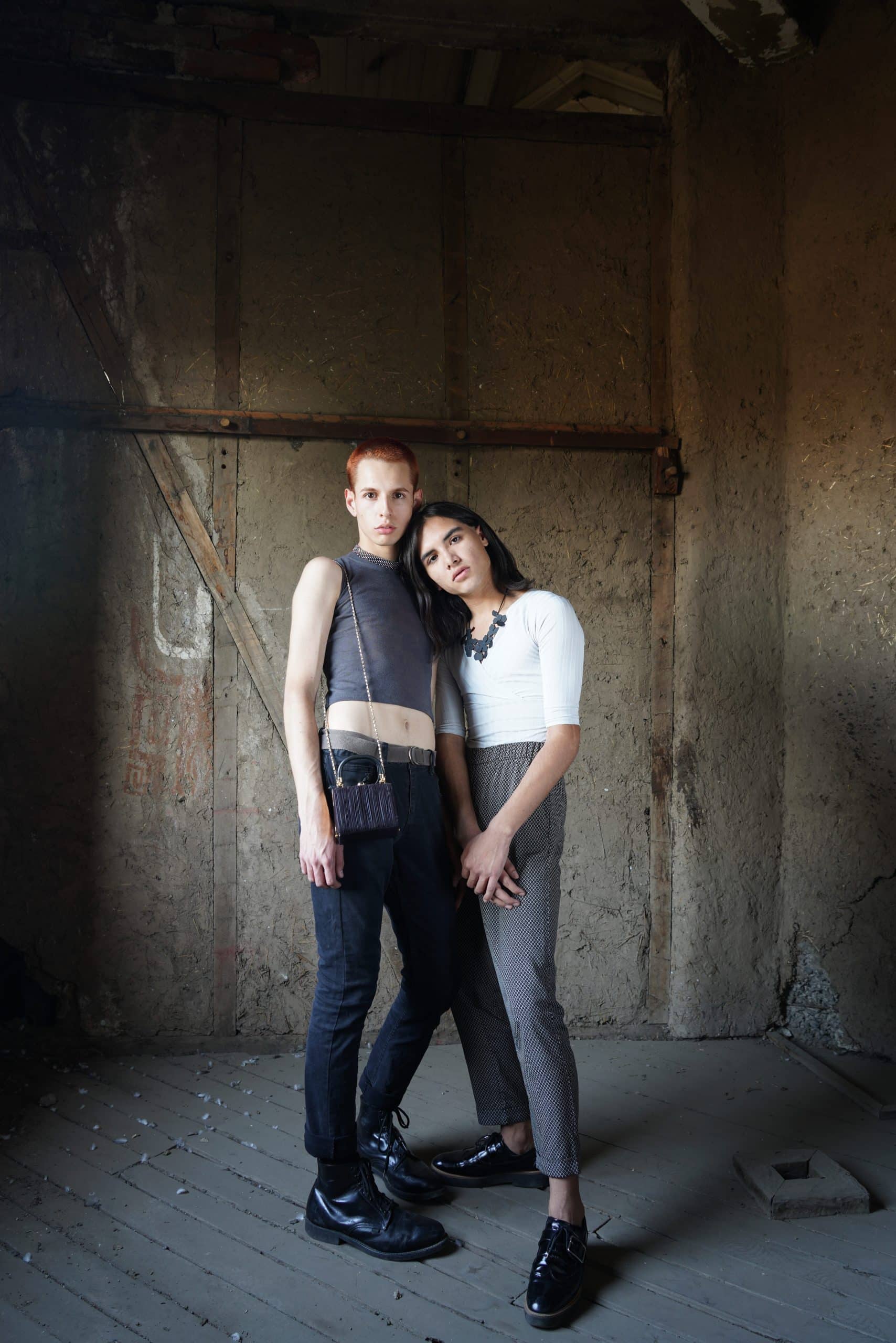 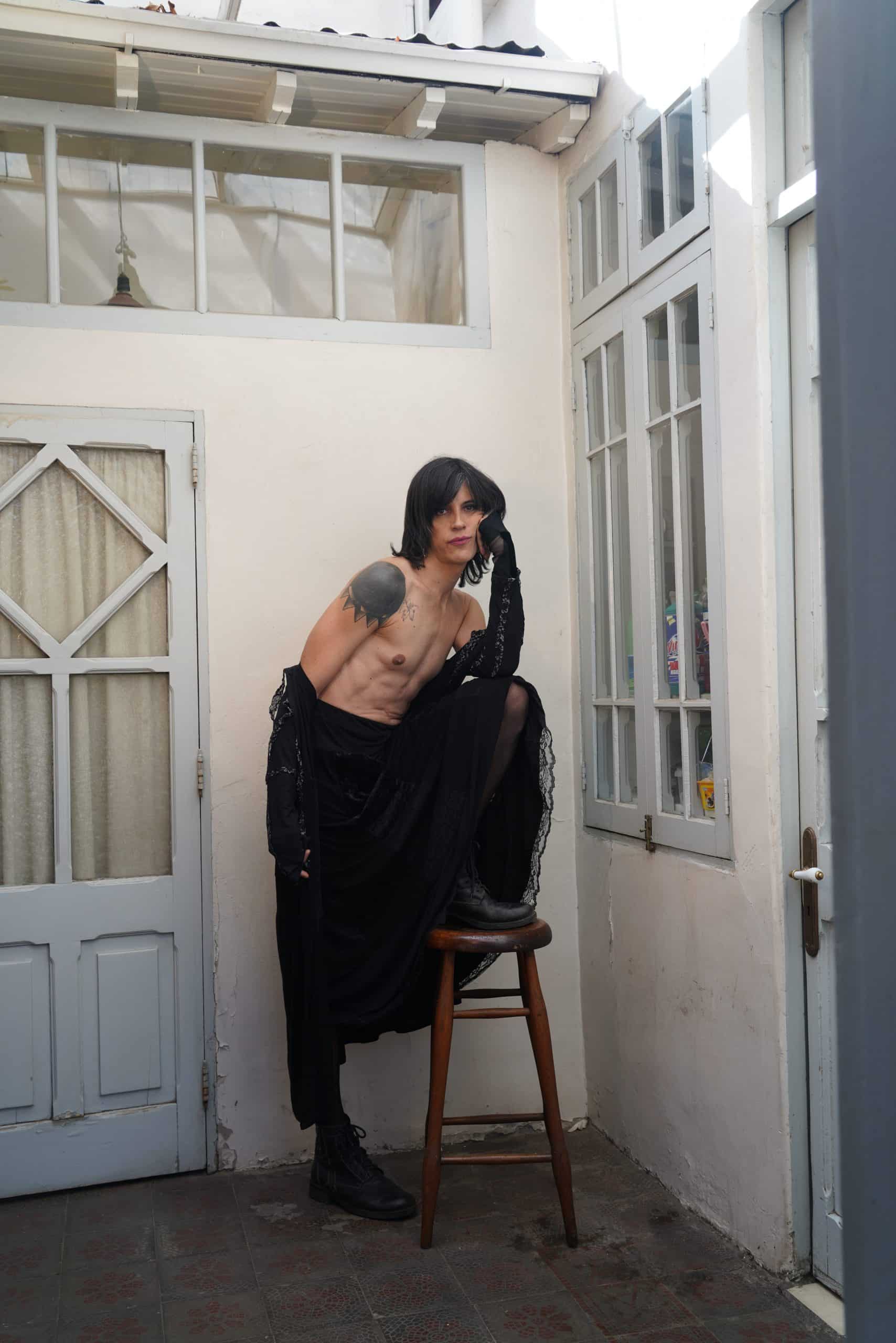 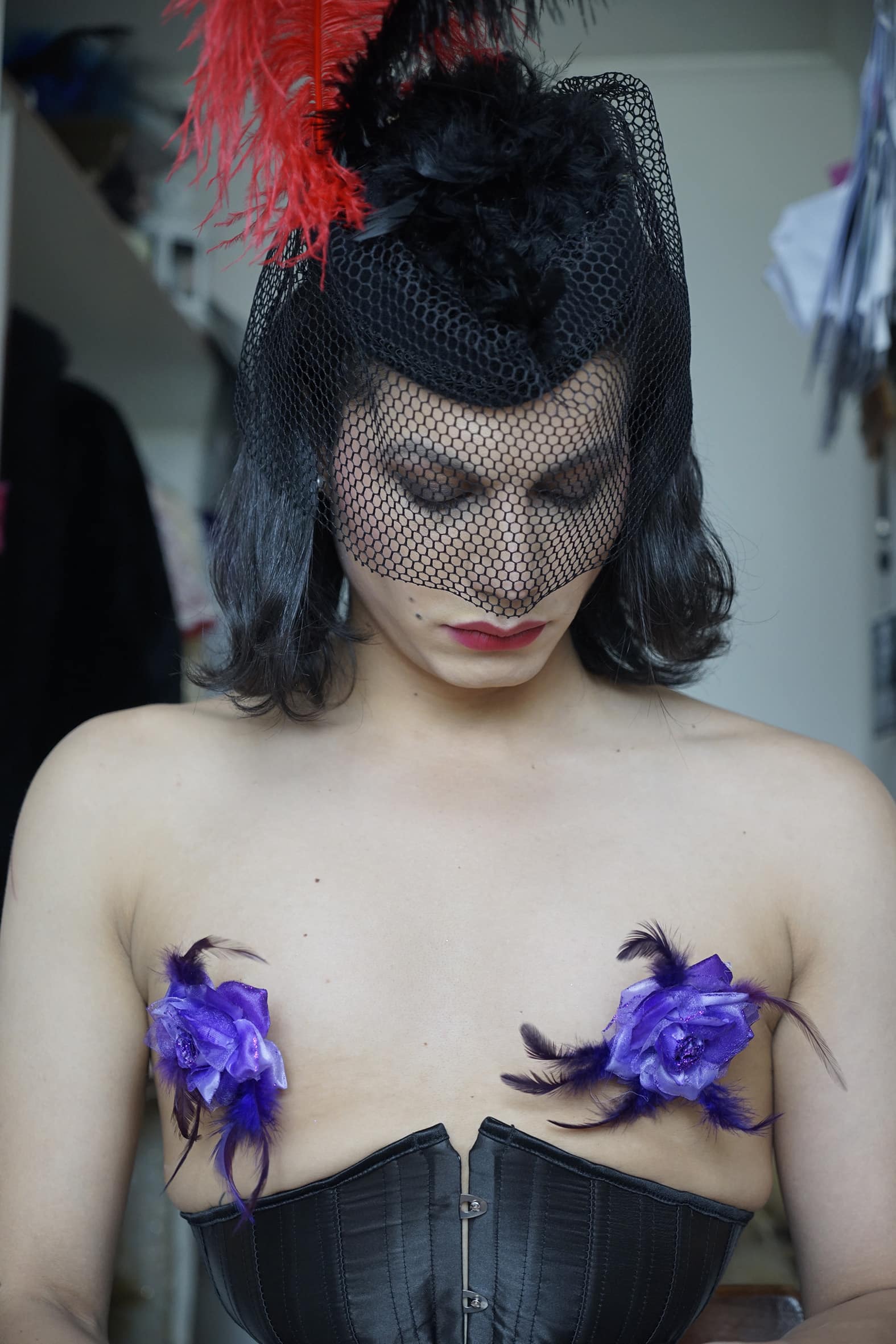 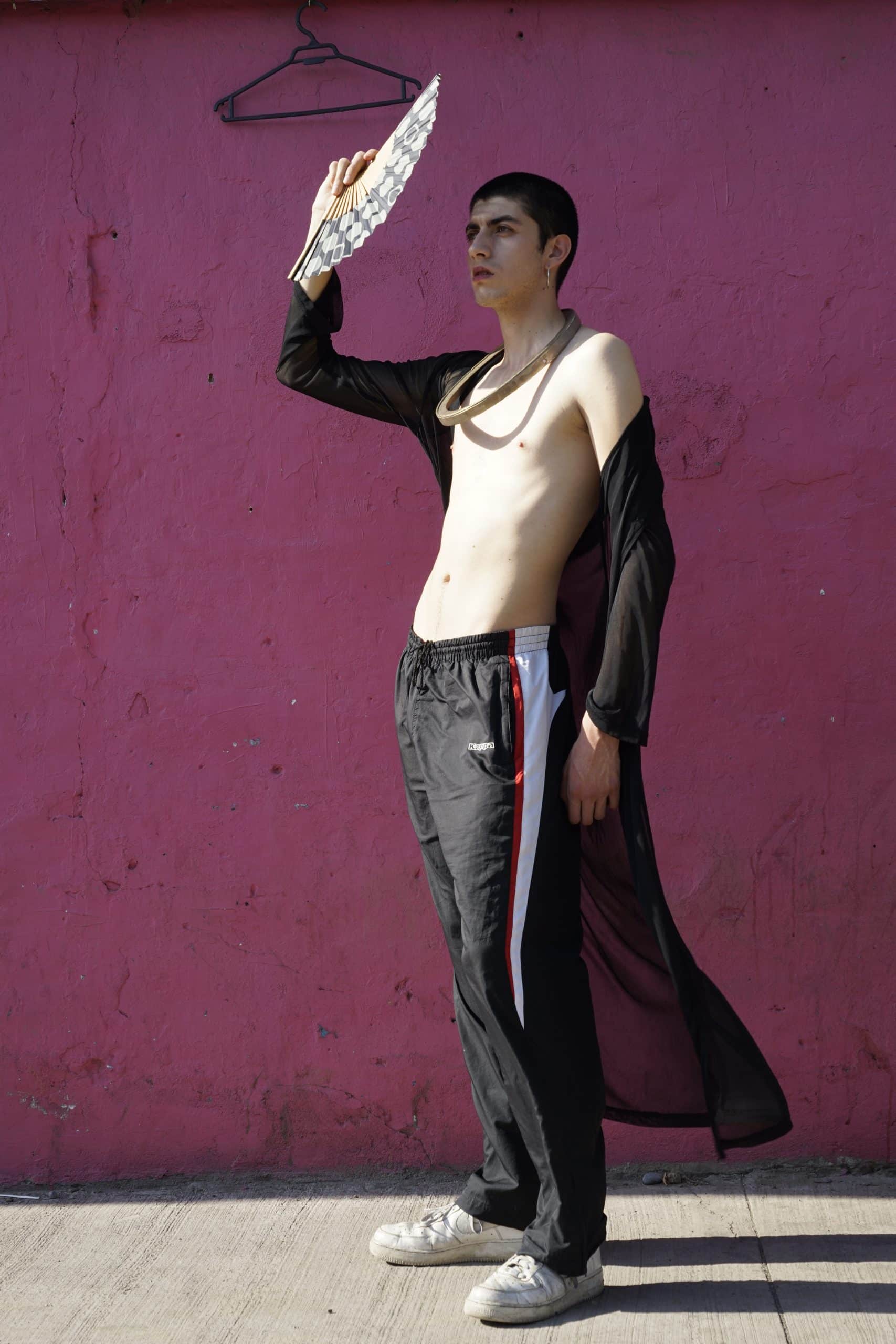 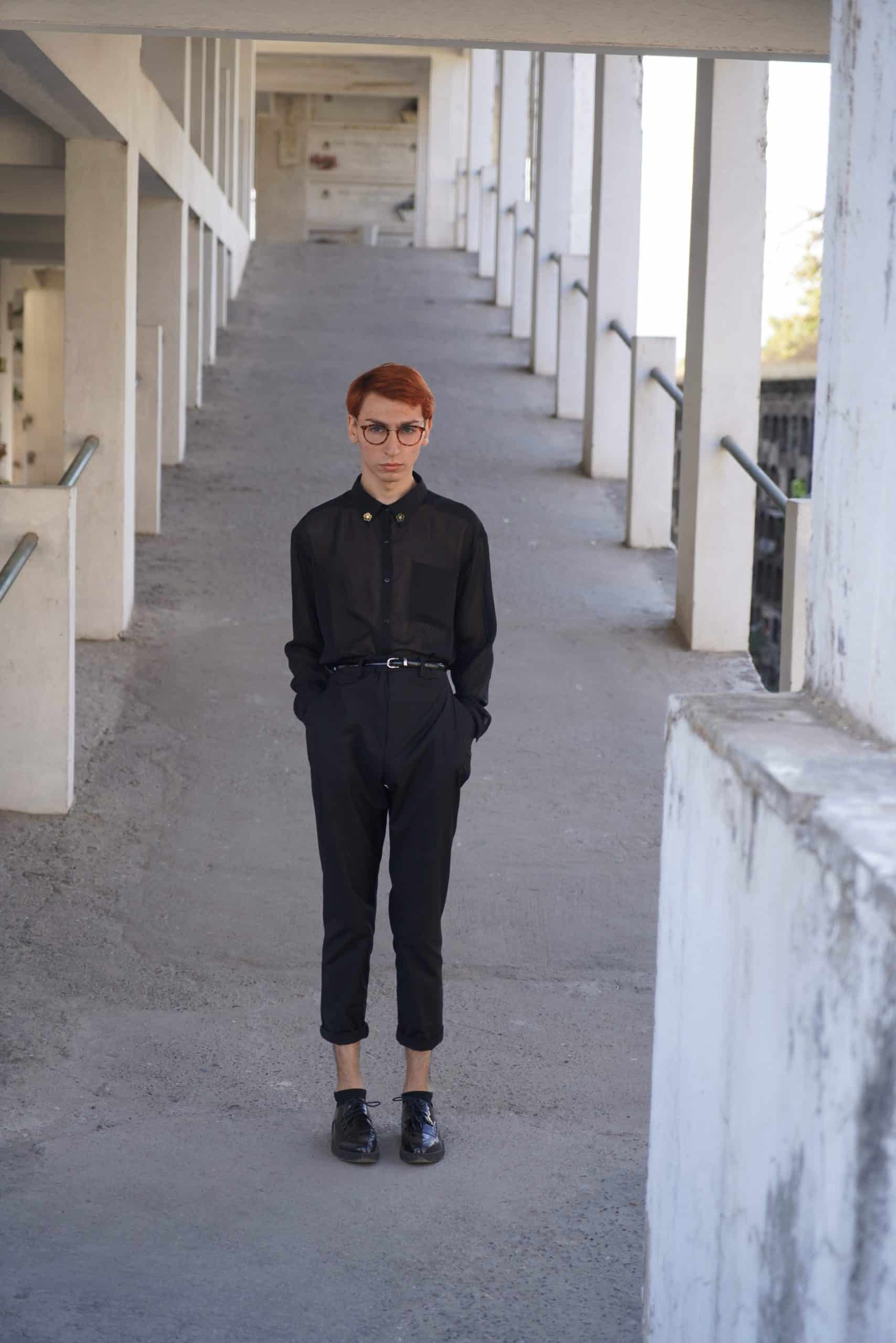 A renewed interest in showing through her camera individuals and life experiences that are in the margins of the visible, is a constant in the chilean artist’s career. One could imagine that the protagonists of her famous series “La manzana de Adán” —trans women she portrayed in the brothels of Santiago and Talca in the mid-eighties— would also find in the “American clothes” the elements to built their version of femininity. A few decades gone by, however, it seems as though the notion of gender identity, and cultural models of appearance, style and fashion have been completely subverted. The choice of outfits, and the way of wearing and combining the garments, erases not only the dichotomy masculine/feminine, but also the boundaries between the autochthonous and the multicultural. 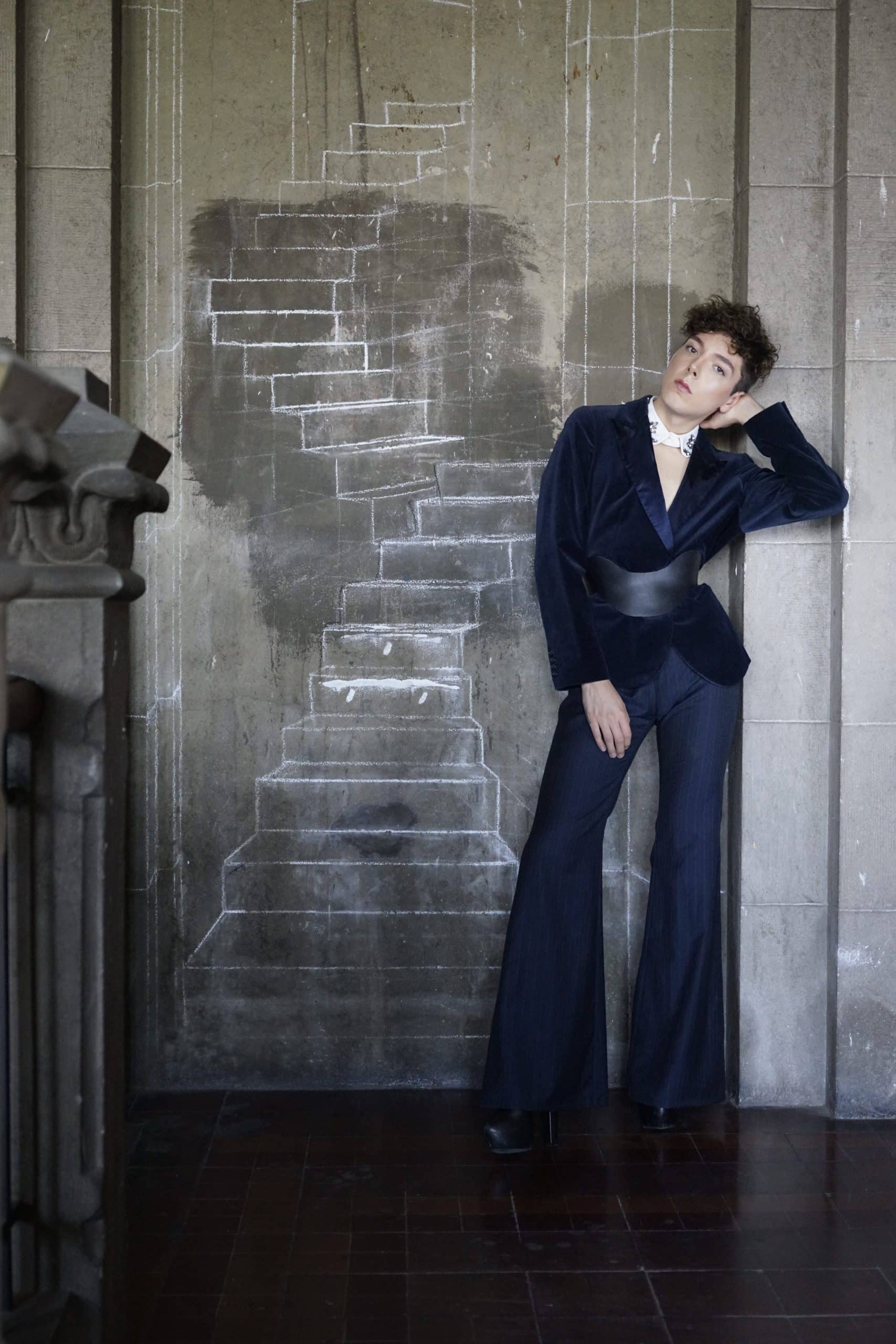 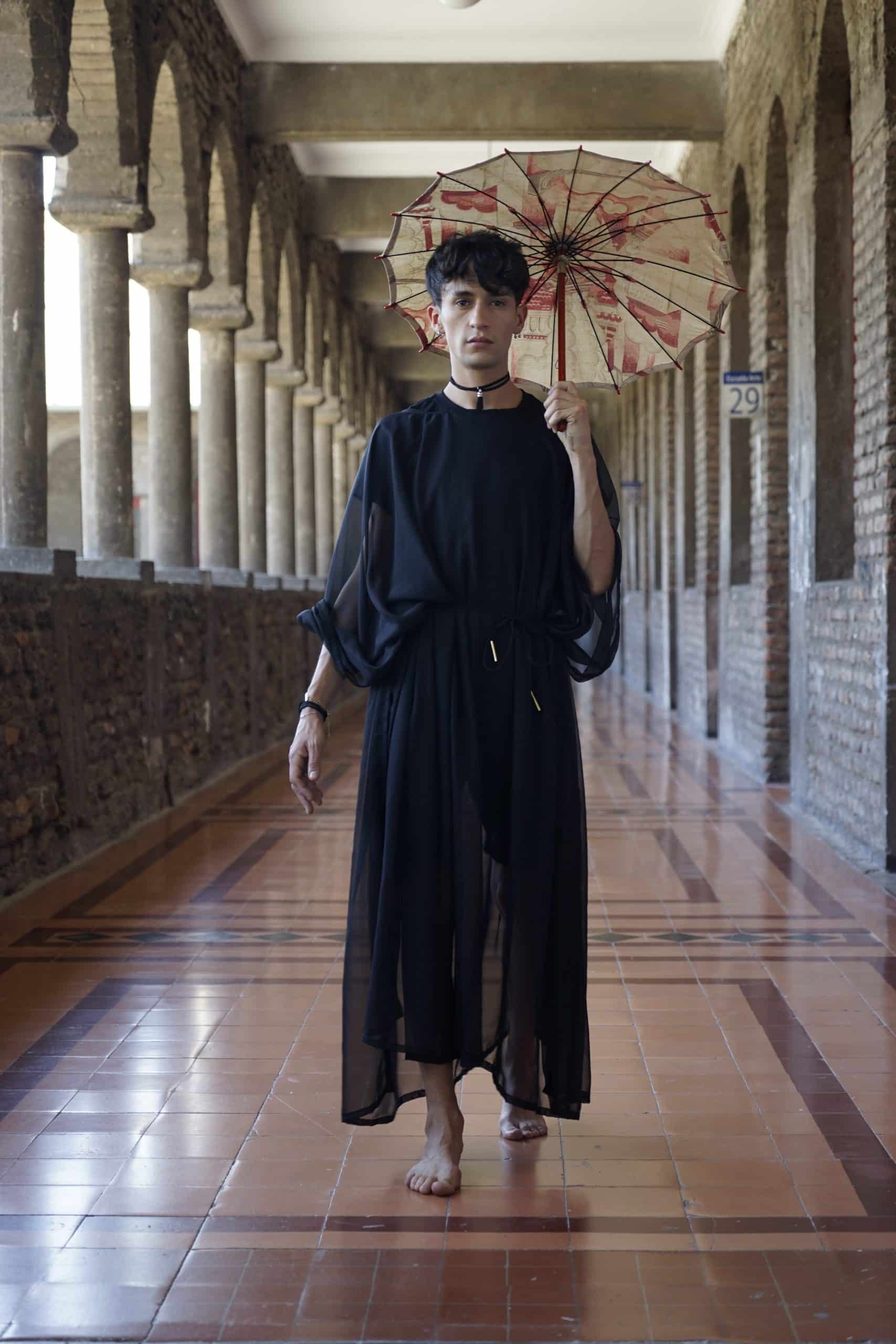