mor charpentier presents the work of three international artists who address the issue of cultural appropiation and question the notion of hybridization through different perspectives.

Théo Mercier mixes his own sculptures with objects or artefacts collected during his travels. It is through the formal and visual diversity of his works that the notions of globalization and hybridity appear. Rosângela Rennó works on the notion of identity linked to the past and aims in a political way to make visible the anonymity in which indigenous societies have been plunged. Finally, Uriel Orlow addresses the issue of colonialism and the blind spots of the representation of black populations in South Africa with plants as political actors.

Historically, anthropophagy was practiced among some humans during rituals as a way to absorb the qualities of the individual that was being eaten, like the bravery and courage of a defeated warrior.

This idea of incorporating another’s qualities through deglutition is the foundation of Brazilian «Anthropophagy», theorized by Oswald de Andrade in the early 20th century during the construction of the country’s national identity. Through this term, de Andrade does not advocate the rejection of foreign cultures, but on the contrary the appropriation, the assimilation, the imitation of European cultures in particular. More broadly, in every country that has experienced a type of domination, some artists have violently rejected the colonial system and its cultural manifestations. Others, however, chose to assimilate the avant-garde currents of the time and then produce something innovative and fundamentally vernacular. The strategies of emancipation are thus plural and cannot be considered under a single prism.

In the same way, it is possible to speak about “mutual anthropophagy” insofar as the colonial societies also impregnated themselves of the indigenous cultures whose artistic productions influenced the movements of avant-garde. In an increasingly globalized world, the concept of anthropophagy, or «cultural cannibalism» in art is more relevant than ever. Moreover, ideas of «miscegenation», «cultural mixage» clash with the concurrent discourses surrounding « cultural appropriation », and «de-colonization». From this perspective, it is interesting to explore the effects of multiculturalism in art, and the manifold ways in which culture is interpreted and incorporated into novel configurations that are grounded on more than one folklore or civilization. By examining instances of cultural hybridity and regeneration we can perhaps find a universality in experience that transcends geographical borders.

Since 2015, Théo Mercier has been interested in the market of African masks “made for the white man,” often intended for interior decoration or the souvenir market. By questioning the loss of economic and symbolic value of these objects, the artist also highlights a network with multiple influences.

Here, the mask is crossed by PVC tubes that create new entities and new correspondences between these artifacts, regardless of their geographical or stylistic origins. Mimicking the movement of

parasites in worm-eaten wood, the system of tubes also refers to the process of asphyxiation of objects employed by European museum condensers in order to make works “museumable.”

Thus, Théo Mercier creates through his work a moving cartography of commercial and ideological flows or, as he also calls it, the “conceptual and cultural food chain” of African art. The masks in the series constitute a collection of “fake” sub-Saharan masks: Eket, Fang, Senoufo, Igbo, Kwele, Lega or Pende. 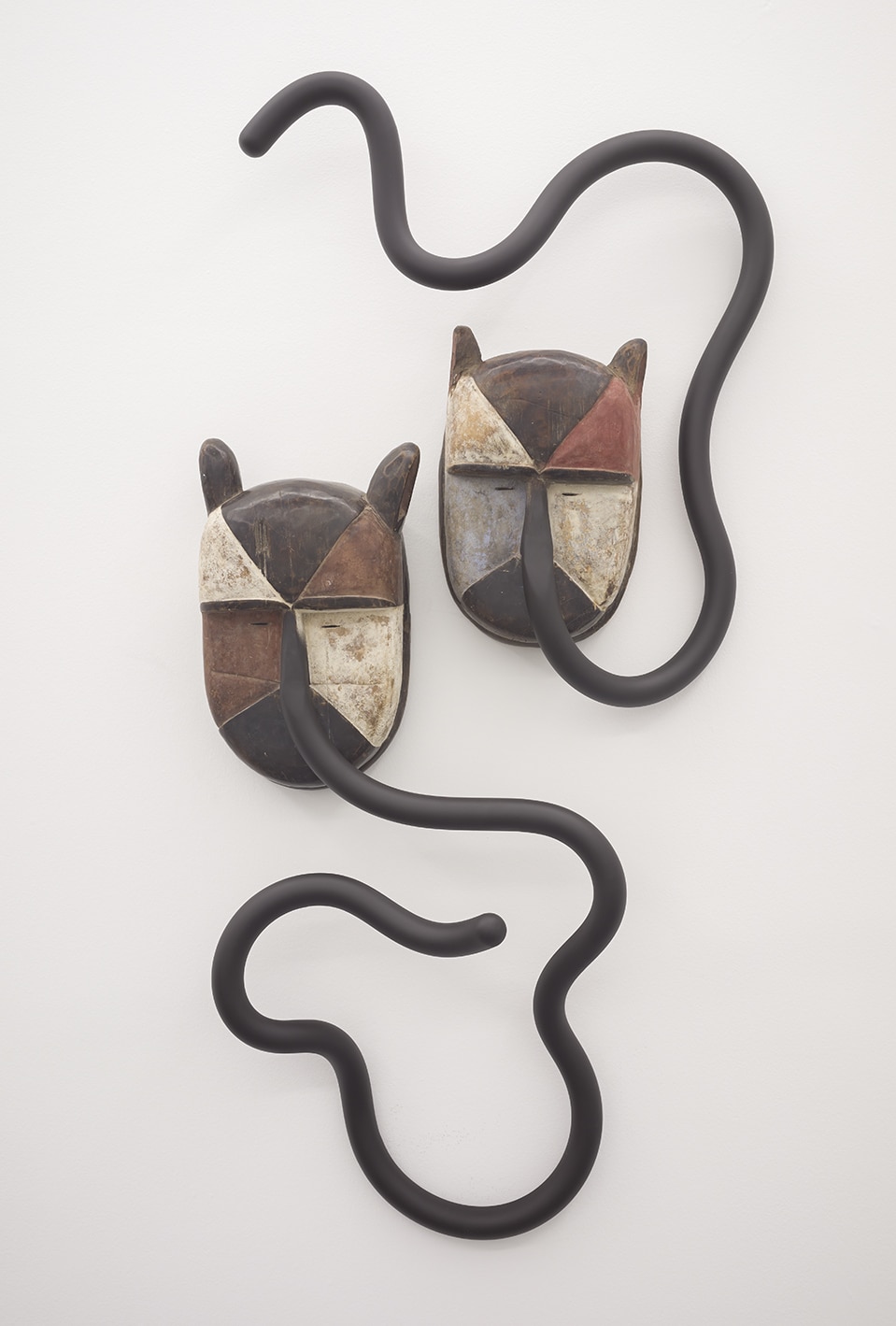 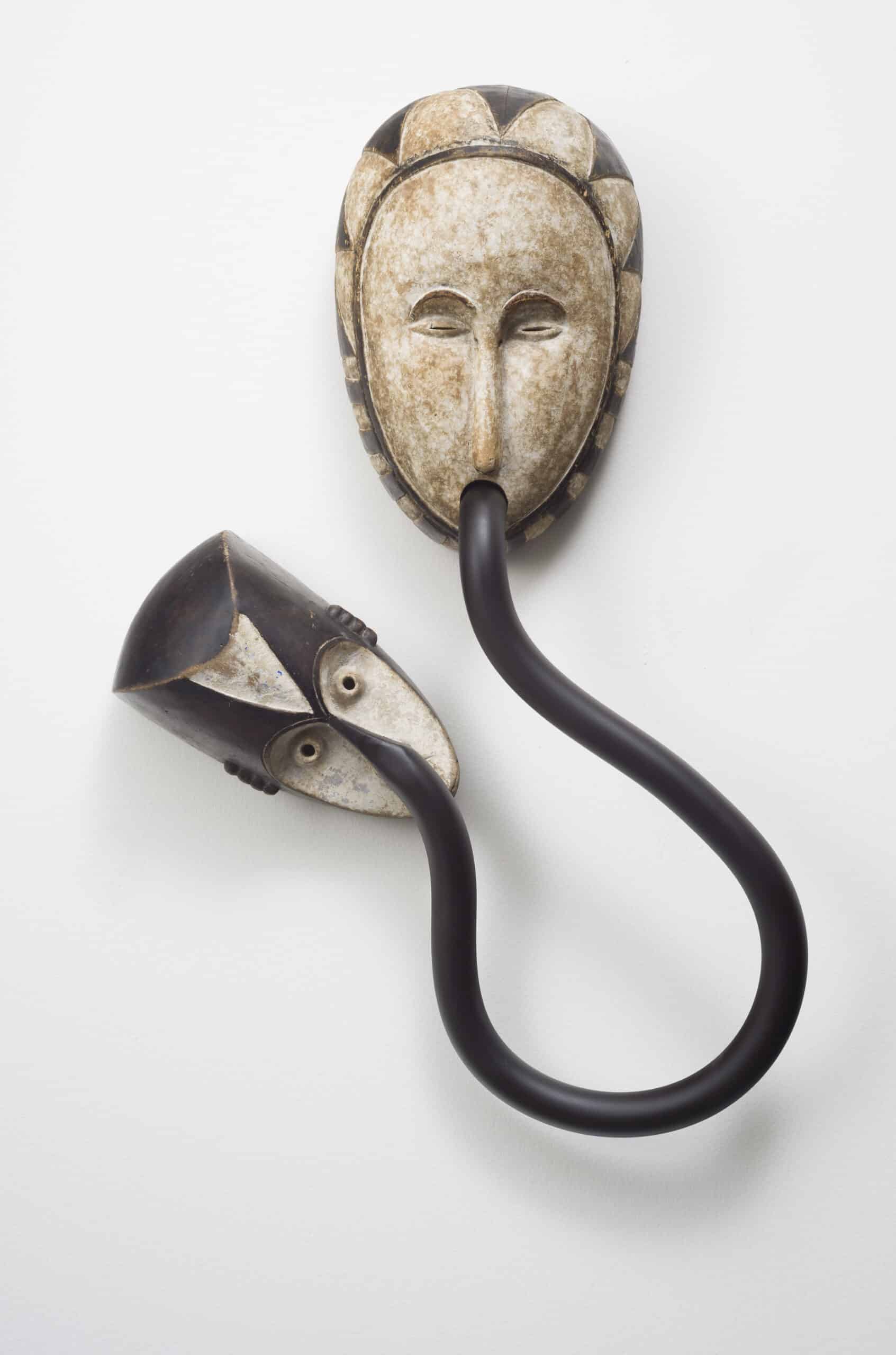 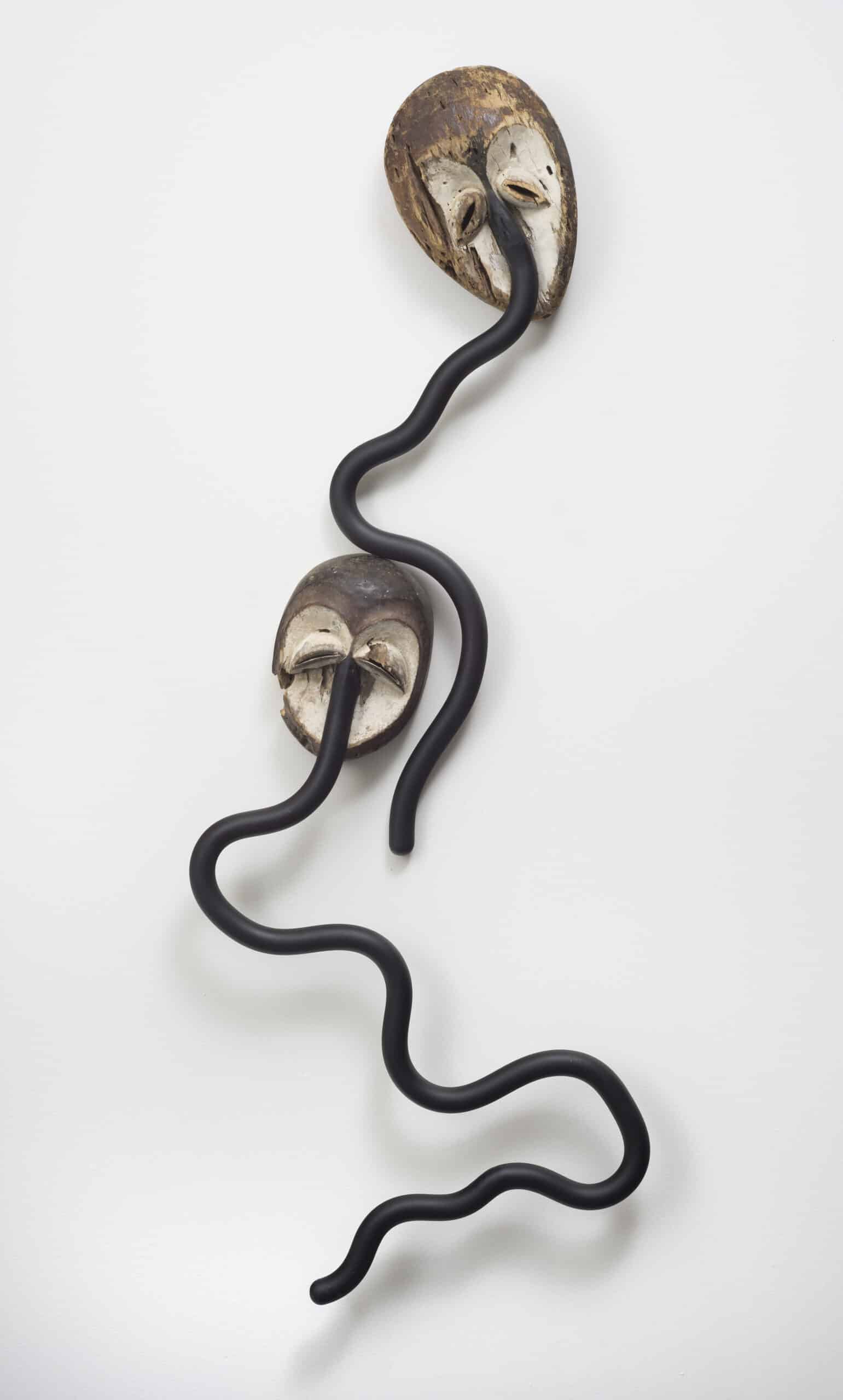 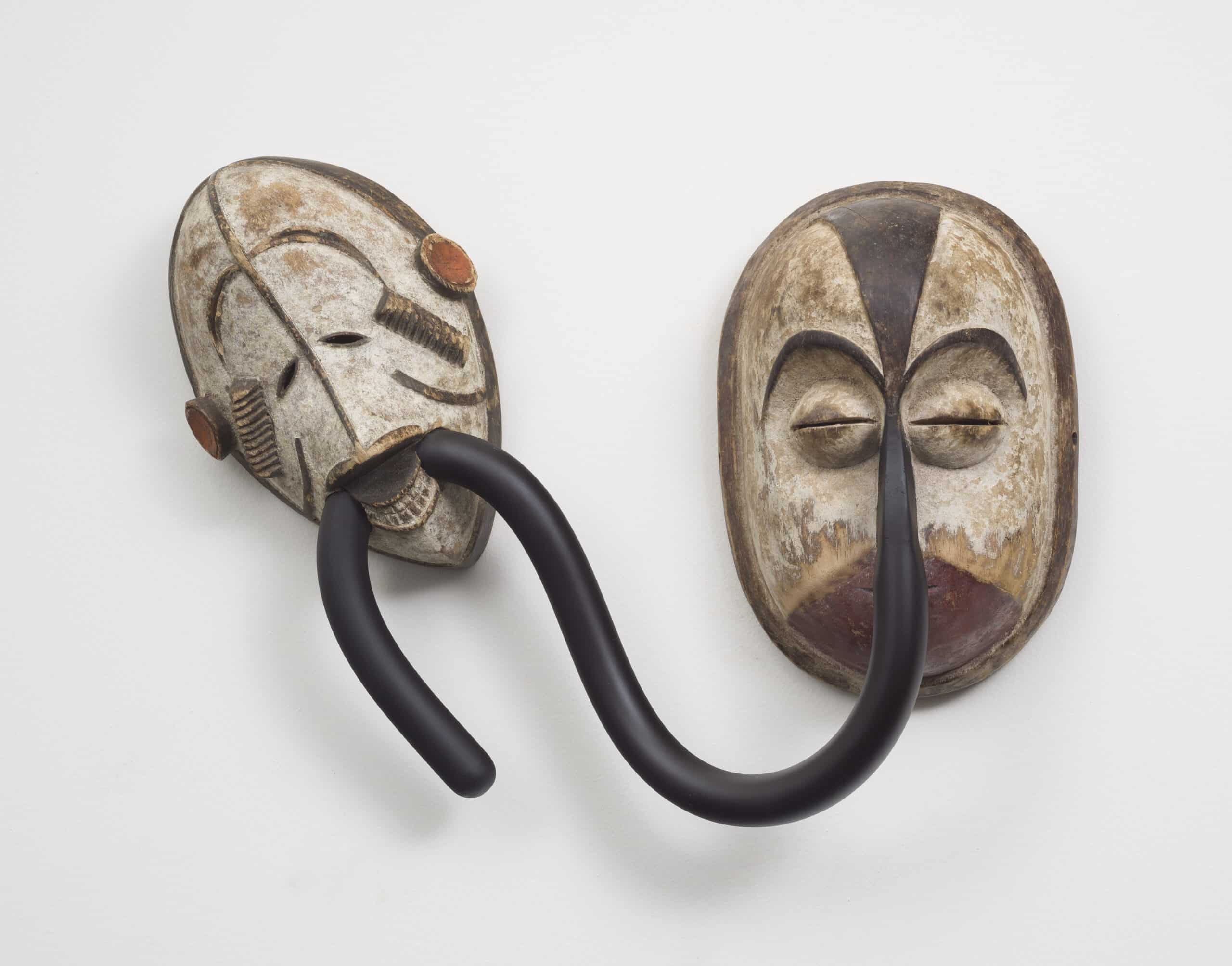 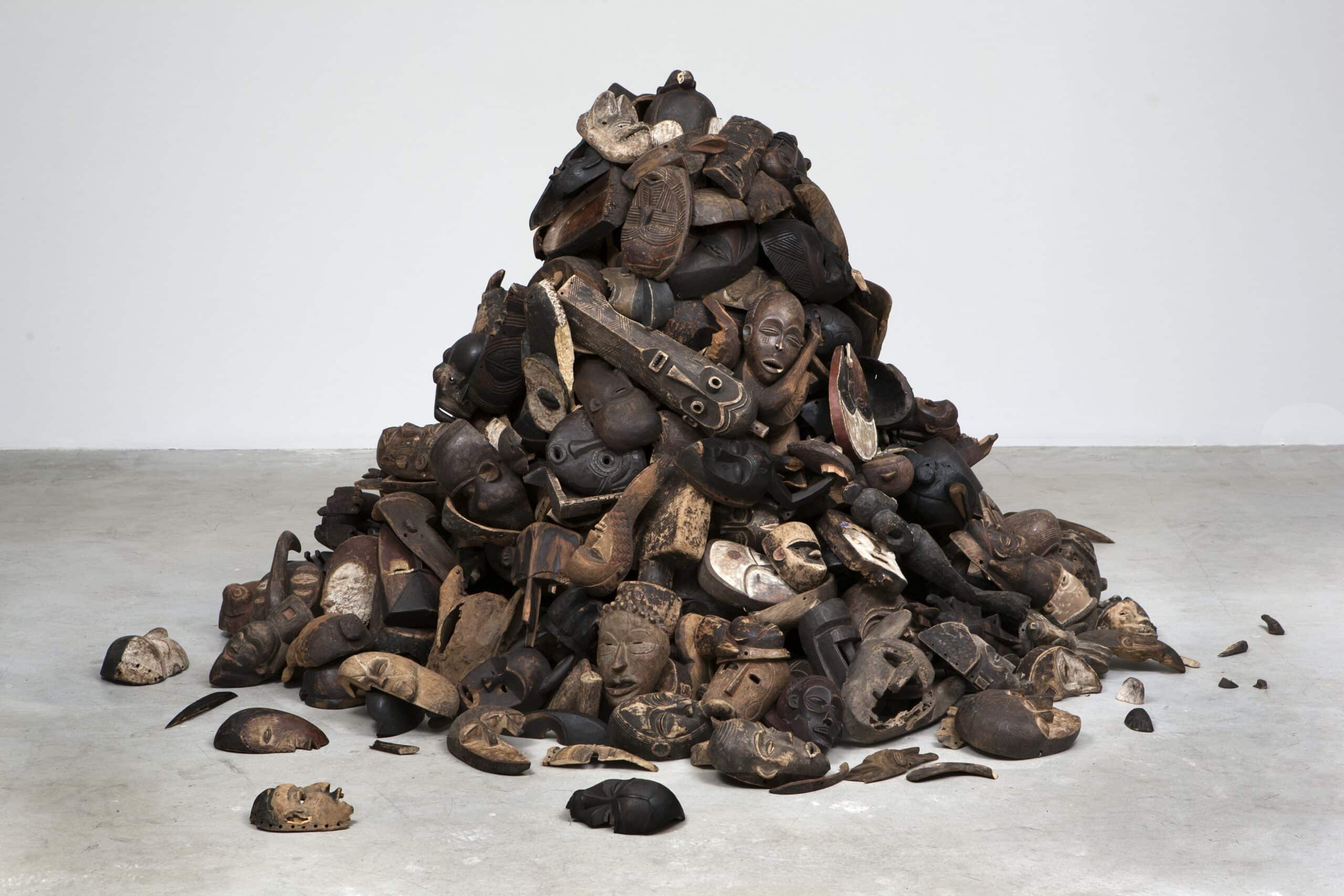 “The mask is one of the words in my artist’s vocabulary, so I’ve been frequenting these networks of resellers for a while now and they know me well. I asked them to sell me all the broken pieces they had in their stocks, all the damaged or worm-eaten pieces, any pieces gnawed at by animals.

Some of the masks came from Africa, others from the Paris region, but to a certain extent, their journey was not a success. And that’s what intrigues me: their journey across the Mediterranean, between France and Africa. It happened at a terrible time when the stories of deadly migrant crossings were more present than ever in the news. This parallel between the history of humans and the history of objects is something that fascinates me. So I started to collect all these castaways, all these faces and masks whose dreams of France were dashed; objects that are not commercially viable on the market of decorative pleasures, on the market of the fantasy of the other, on the market of the White person’s dream of Africa.

I created this collection which is a bit like a mass grave. It also echoes what I discovered in these warehouses while working with these sellers, where you find suddenly mountains of XL bags filled to the brim with thousands of masks. I also wanted to tell the story of the story, which is obviously in contrast to the hangings we are familiar with in France (and in many other Western countries) of African masks taken from the other side of the world, showcased behind glass, lit up, and exalted. It is another way, more brutal perhaps, to tell the story of this organized looting of Africa.” 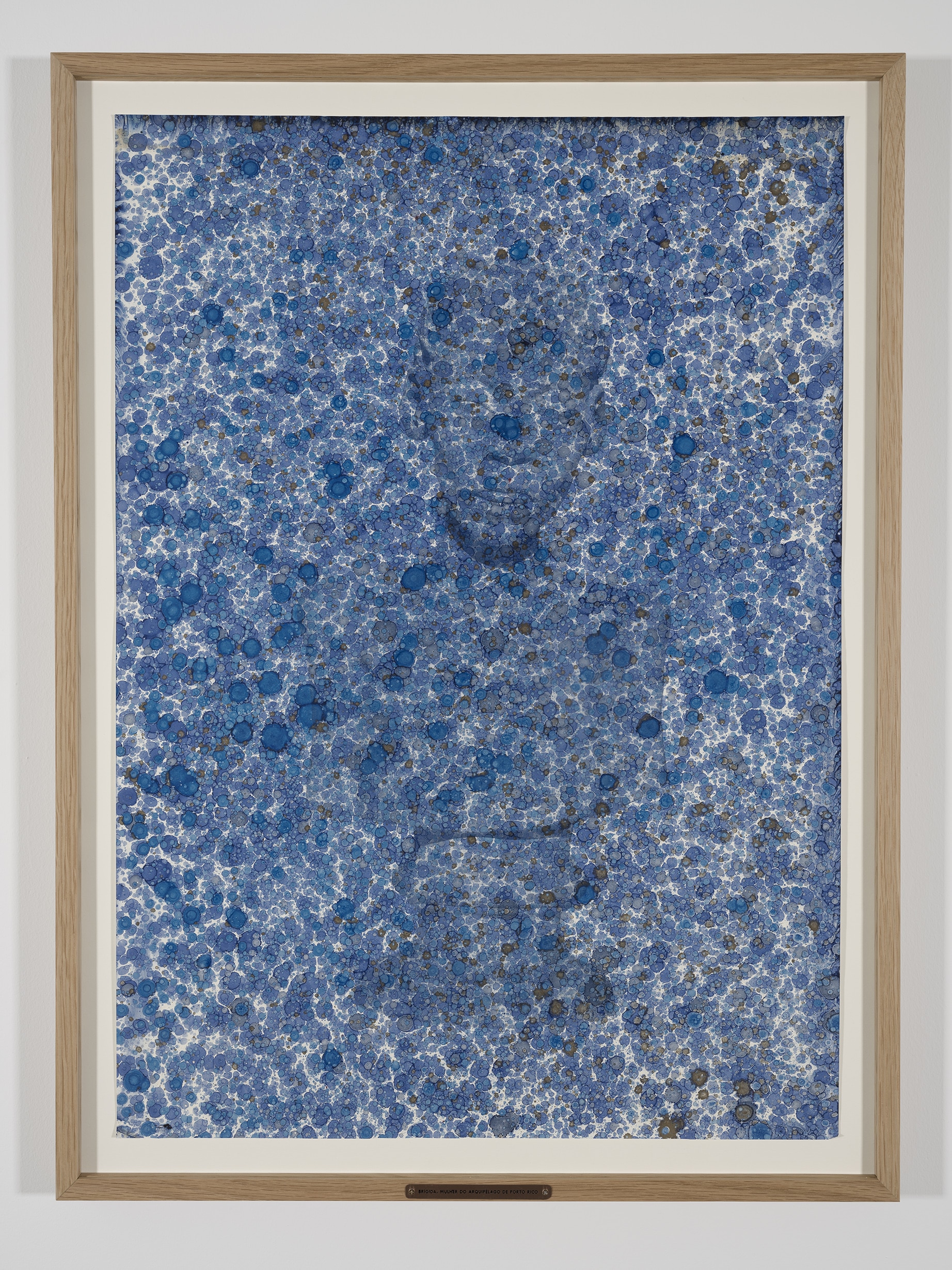 In her curatorial presentation for Rosângela Renno’s survey exhibition at Pinacoteca de Sao Paulo (2021), Ana Maria Maia points out how the omission of the identity of the subaltern or colonized is not accidental and echoes a recurrent element in colonial history documents: the exercise of narrative control in order to avoid representations that could foster the desire for emancipation. Portraits of common citizens were avoided, for example, except in ethnographical and scientific researches.

The specific features of that kind of portraiture led the artist to develop works such as Seres notaveis do mundo, initiated when she took part in art residency program in las Palmas, in the Canary Islands, Spain. It was there, at the museo Canario, that artist had access to a collection of more than 60 plaster busts commissioned by French phrenologist Pierre Marie Alexandre Dumoutier, who took part in a research expedition to the South Pole and Oceania between 1837 and 1840. With this peculiar “three dimensional” technique that differed from the drawings paintings and engravings used in standard ethnography, Dumoutier recorded human types in several places, including Brazil. The molds were made directly on the face or from mortuary masks, in the case of deceased people. Each sculpture had on its base a small plaque with the name and origin of the person portrayed.

By being identified, these subjects achieved the “notability” requirement that Rosângela Rennó ironically refers to in the title of her work. The artist photographed the white busts and printed the images on sheets of marbled paper, thus creating a similarity between figure and background, an effect that attenuated the presence of the original models and evinced a tendency – which was, however, veiled in the original collection- of delimiting their identity to safeguard the geopolitical hegemony of those who produced their representations. 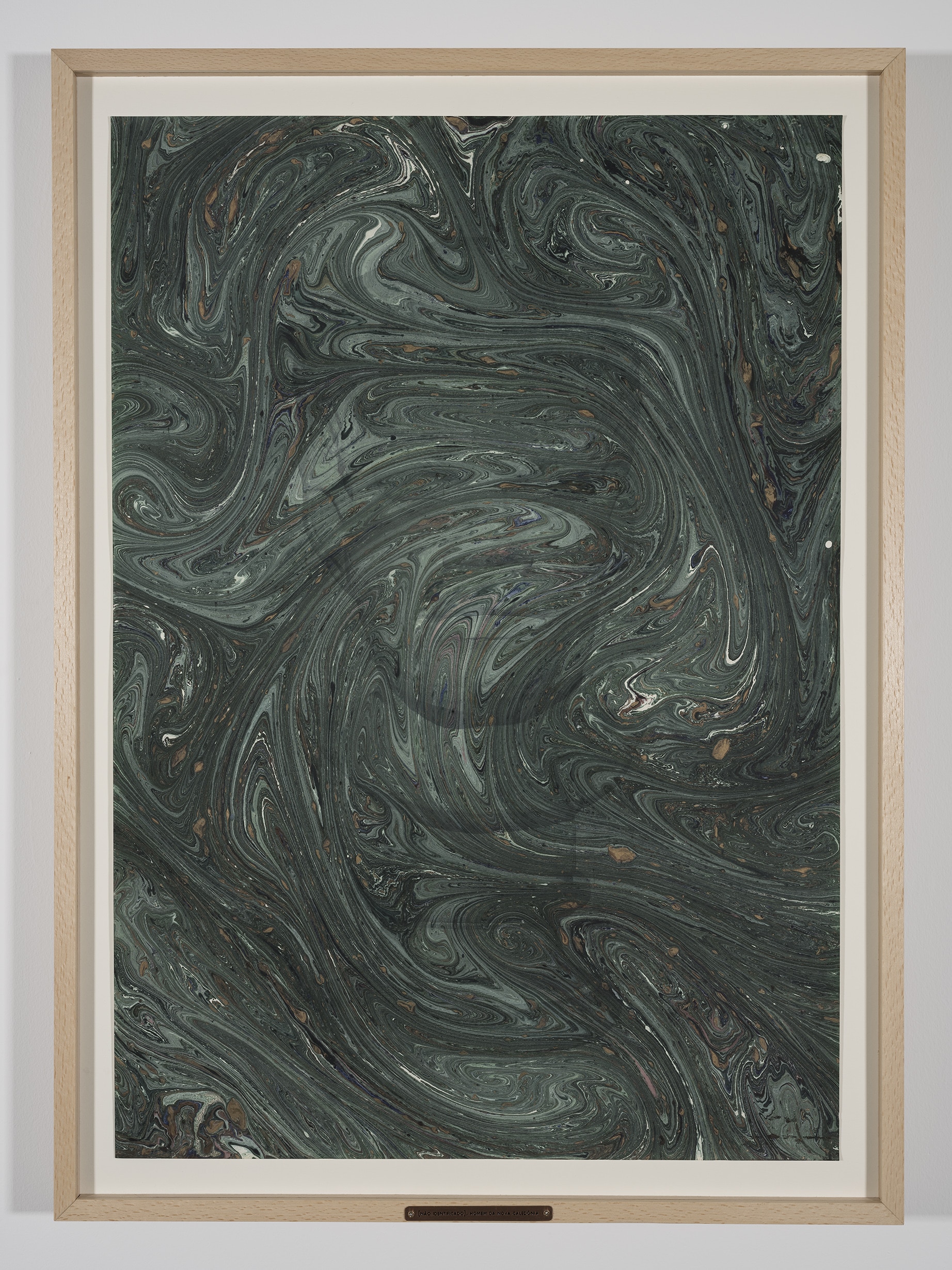 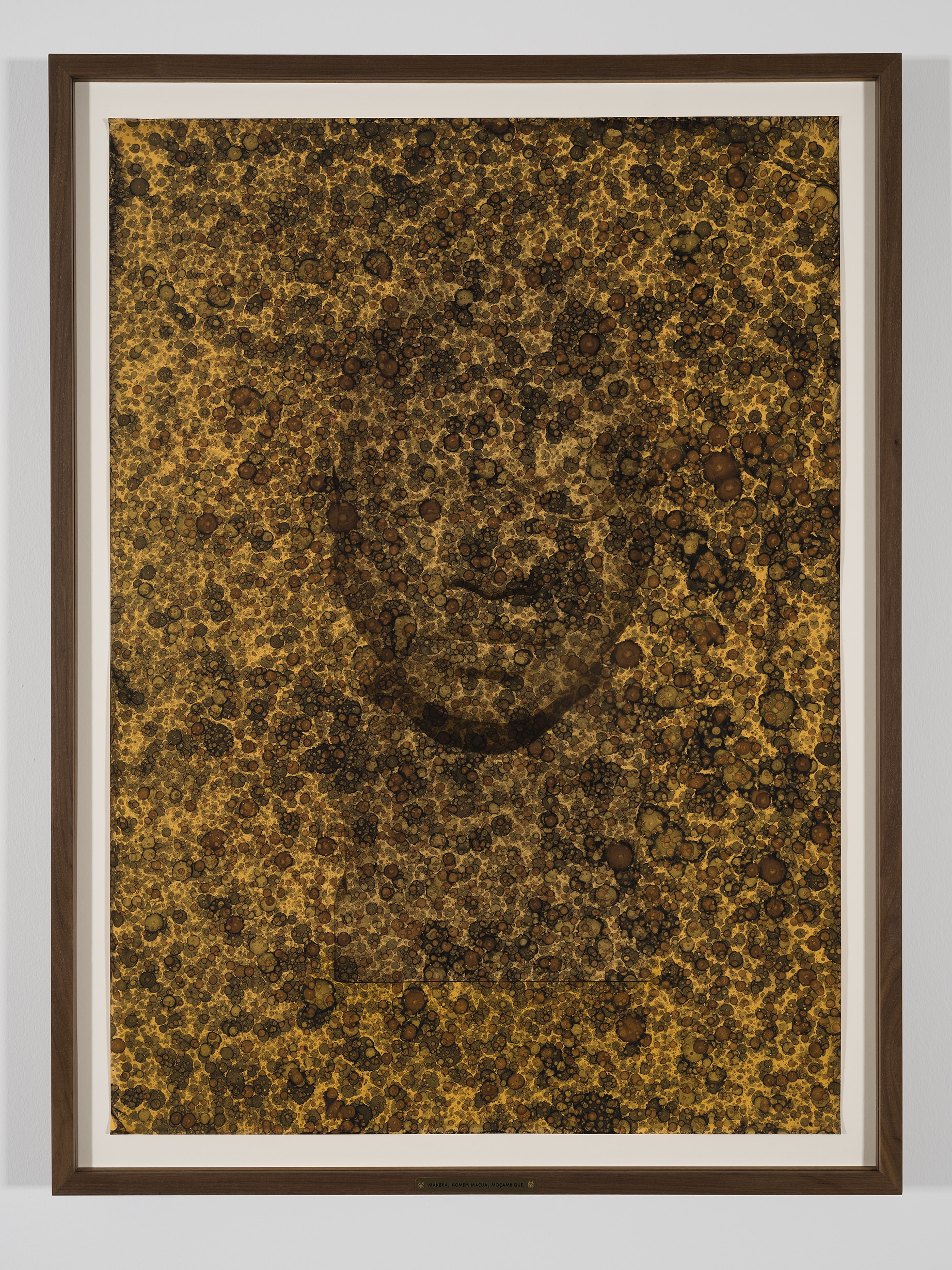 In 1963, on the occasion of the 50th anniversary of the founding of Kirstenbosch, the national botanical garden of South Africa in Cape Town commissioned a series of films to document the history of the garden, and the jubilee celebrations with their «national » dances, pantomimes of colonial conquests, and visits of international botanists. The films’ protagonists of scientists, visitors etc. are all white – the only Africans featured are laborers. Considered neutral and passive, flowers were excluded from the boycott until the late 1980’s and so botanical nationalism and flower diplomacy flourished unchecked at home and internationally. The films have not been seen since 1963 and were found by the artist in the cellar of the library of the botanical garden.

To produce The Fairest Heritage, Uriel Orlow collaborated with South African actress Lindiwe Matshikiza who puts herself and her body in these loaded pictures, inhabiting and confronting the found footage and thus contesting this history and the archive itself.

In addition to the video is a series of digital prints, titled Botanical Dreams and based on the same principle of surimposition. In these photographs, the actress’ black body is intimately linked with the flowers from Kirstenbosch in a proces of re-appropriation. 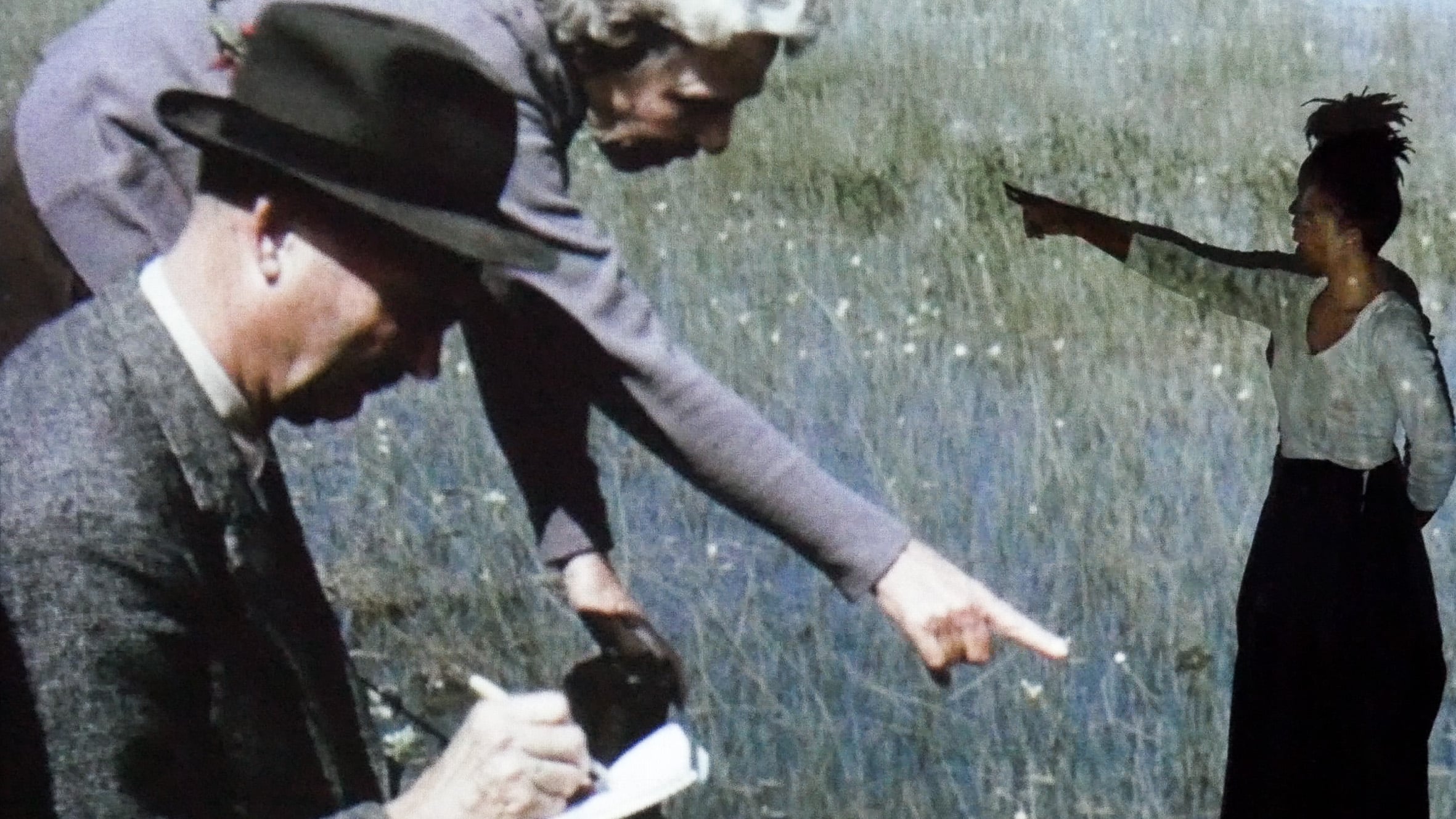 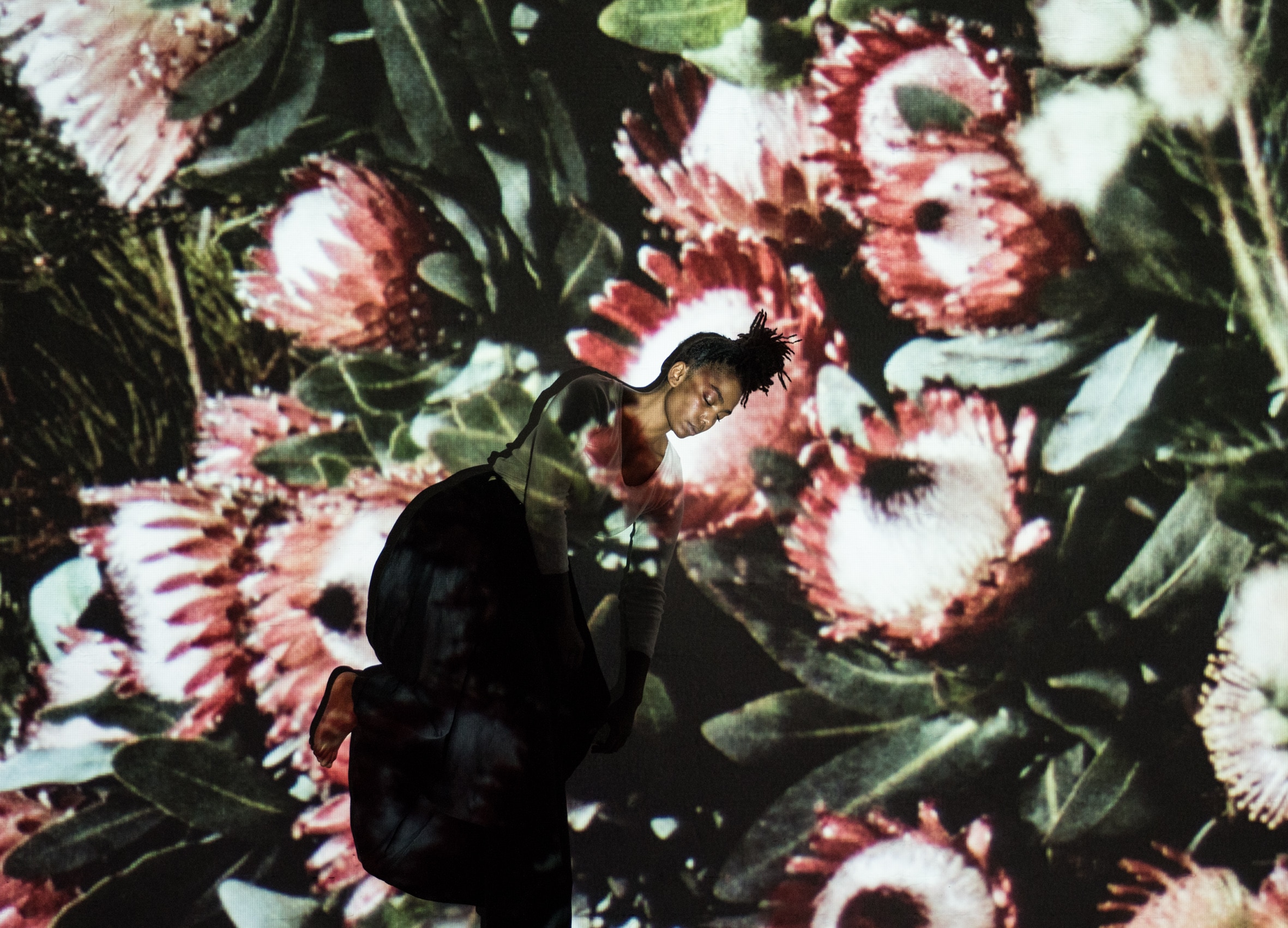 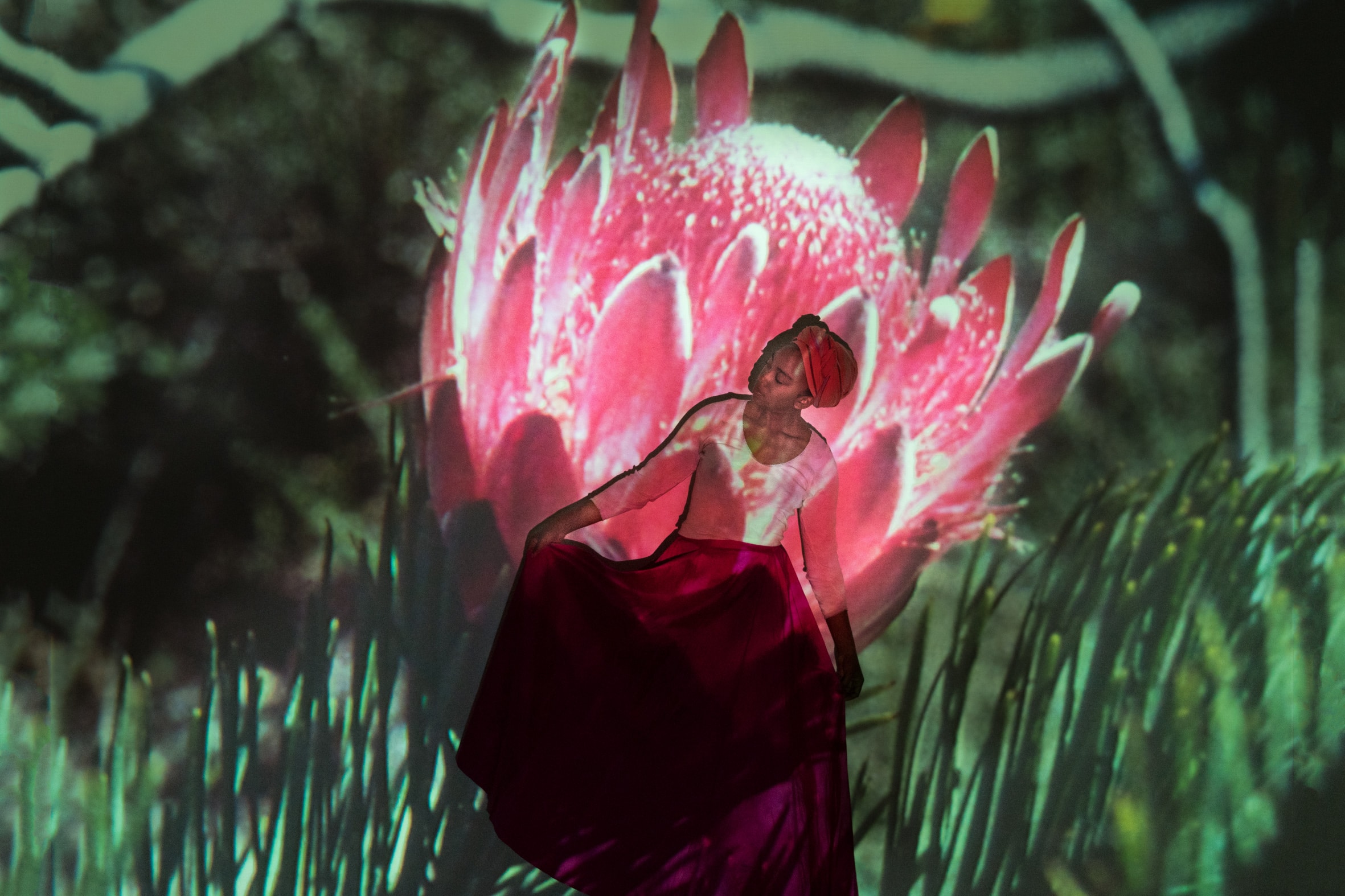 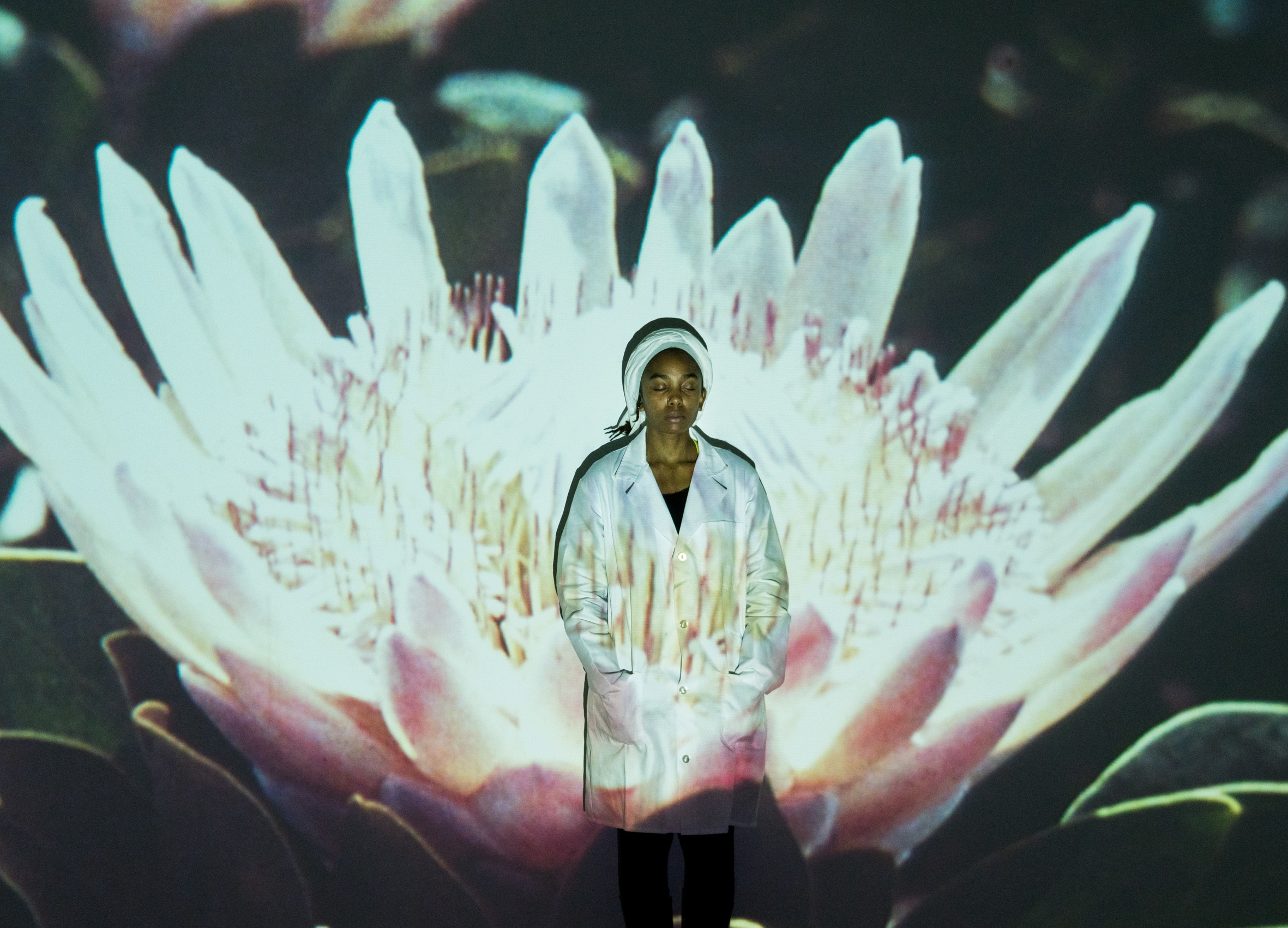 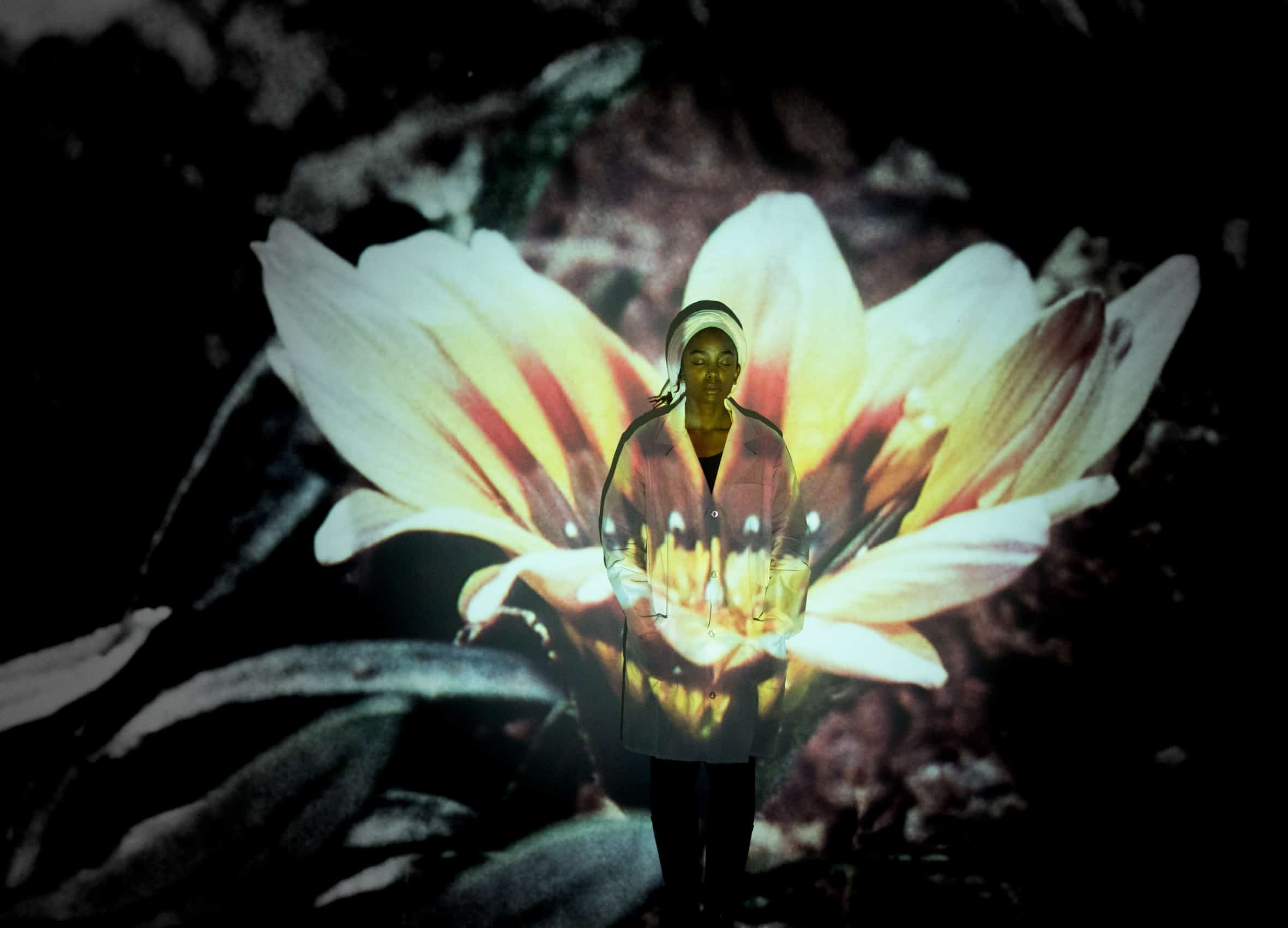 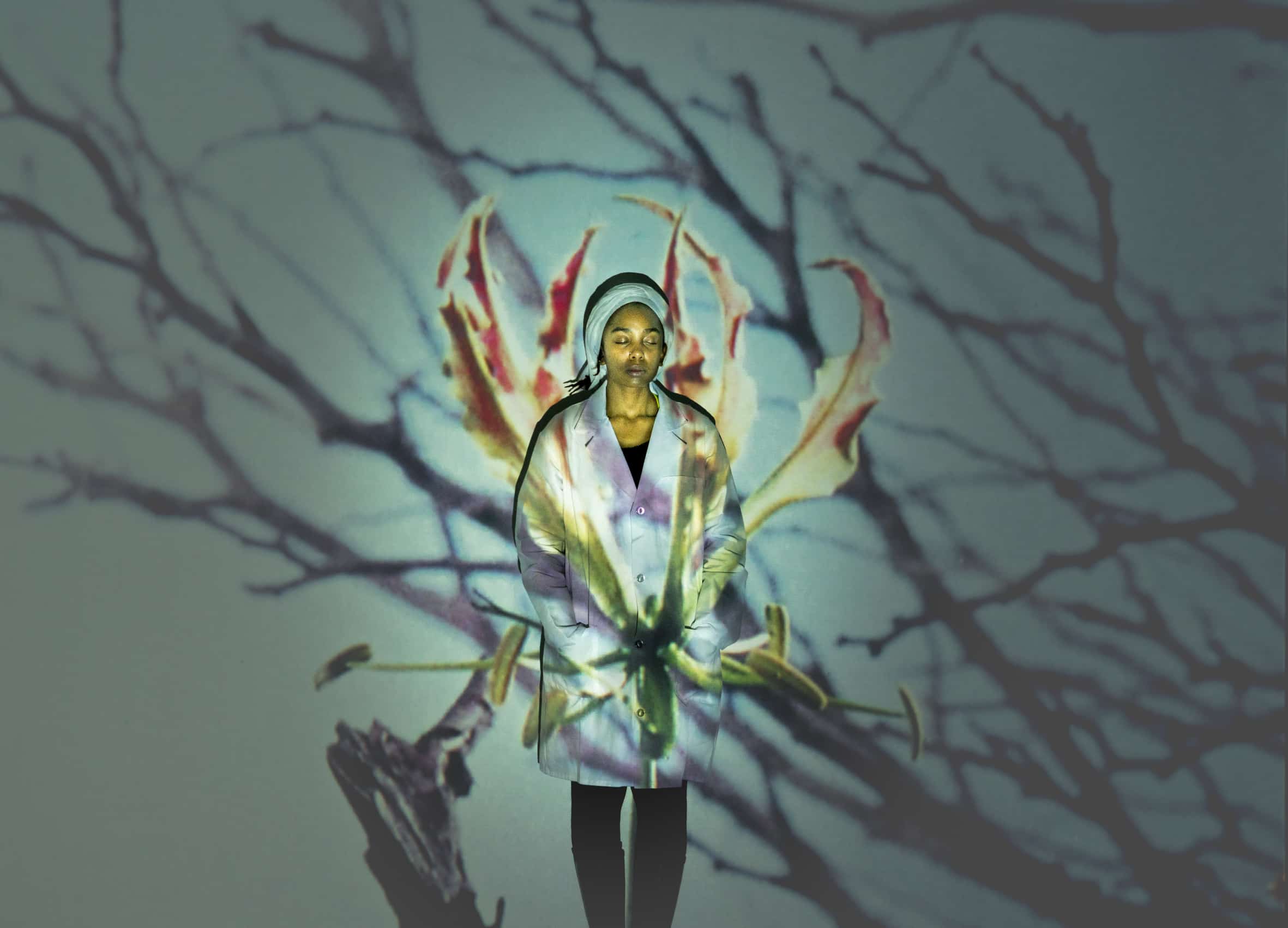