Featuring a selection of works by six international artists, mor charpentier explores the representation of non hegemonic masculinity through the practice of portraiture, with particular attention to Latin America. The virtual exhibition puts in perspective the dominant representation of the male figure and challenges patriarchal, racial and social hierarchies.

Over the past centuries, while female attributes in art were generally linked with beauty, passivity and domesticity, male qualities were associated with strength, domination and political agency. It goes without saying that these attributes of “heroic masculinity” were exclusive to white western men.

The emergence of feminist art since the 1960s, followed by the gay liberation movement and queer culture in the following decades contributed to re-examine the roles that gender plays in our culture. Blurring lines for both genre and appearance in their practices, artists aimed to transform stereotyped gender representations leading to social and political change.

The idea of masculinity, or any identity in a larger sense, as a form of mask or masquerade seems to be a common thread in many of the works. These images echo notable references —Rivière, Fanon, Bhabha…— that grounded the field for more contemporary interpretation of the matter, in terms of performativity.

As the notion of hegemonic and/or toxic masculinity has resurfaced over recent years —with a growing concern of the social assignment devoted to male individuals—, we search for answers in the work of contemporary artists, who have long embraced such questions as what could be the representation of the men on the margins, either because of their race, sexuality or class.

Pedro Centeno Vallenilla, an artist trained in Fascist Italy who worked regardless of latin-American avant-garde movements, was an exponent of a peculiar nationalist style, both Mannerist and bombastic in which he idealised the body and race alongside the history of nation. Vallenilla became established as the official artist of Perez Jiménez’s dictatorship in the 1950s, producing canvases and murals for government buildings. His vernacular iconography soon became part of the social, political and military imagery of the country. By chance, he reflected the contradictions in the identity of modern Venezuela, where the boundary between left-wing thought and the economic pragmatism associated with right-wing policies fades away against the country’s political power structure.

In this series of photographs, Apóstol proposes Vallenilla’s paintings reenacted by people from lower classes in the spaces of a grand yet rickety Venezuelan building. Nonetheless, these characters unsuccessfully attempt, time after time, to recreate the forced postures of the characters in the paintings, showing that the true philosophy behind Venezuela lies in its unaccomplished attempts, in form but without content, to imagine utopias that end up making the country a farce. 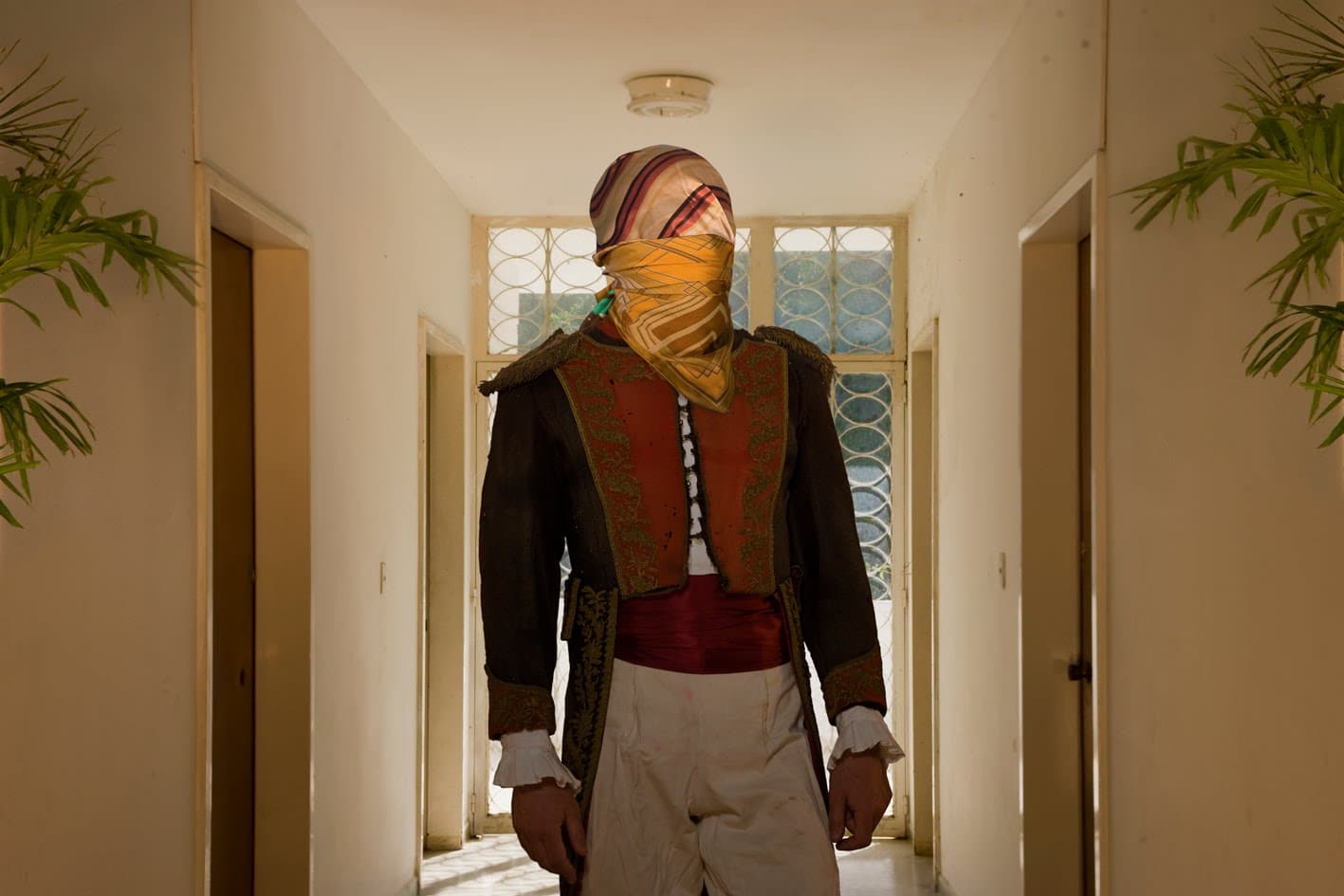 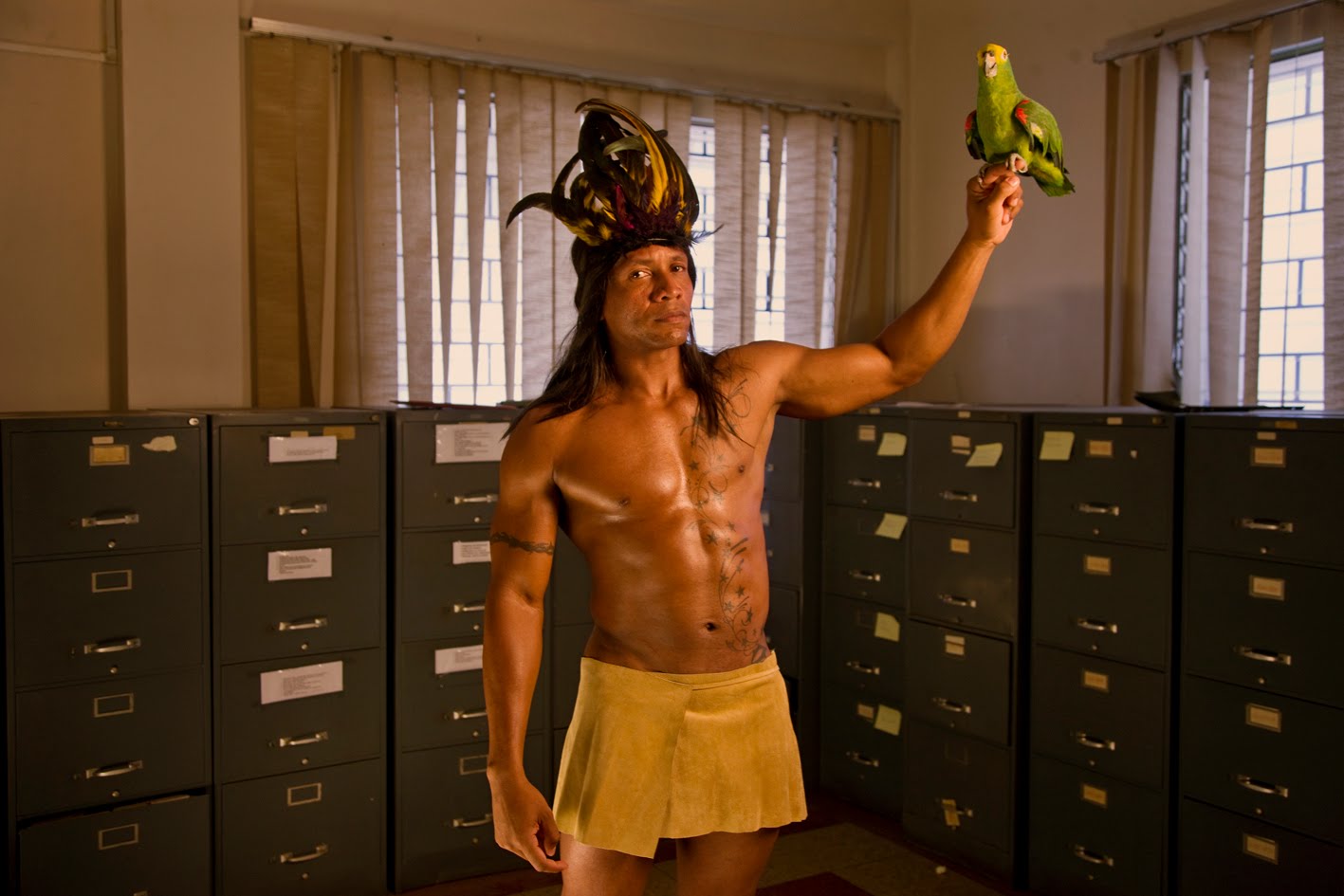 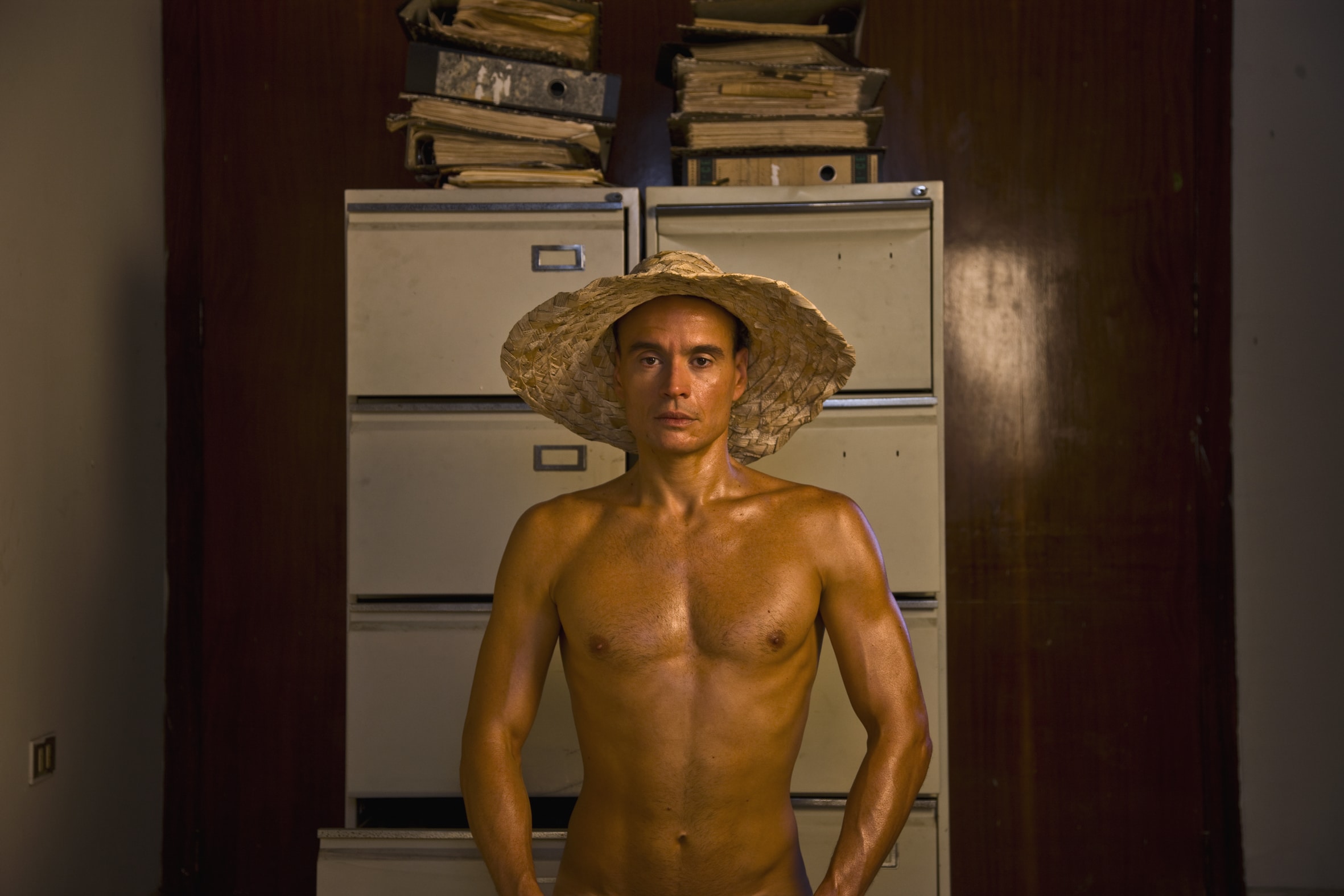 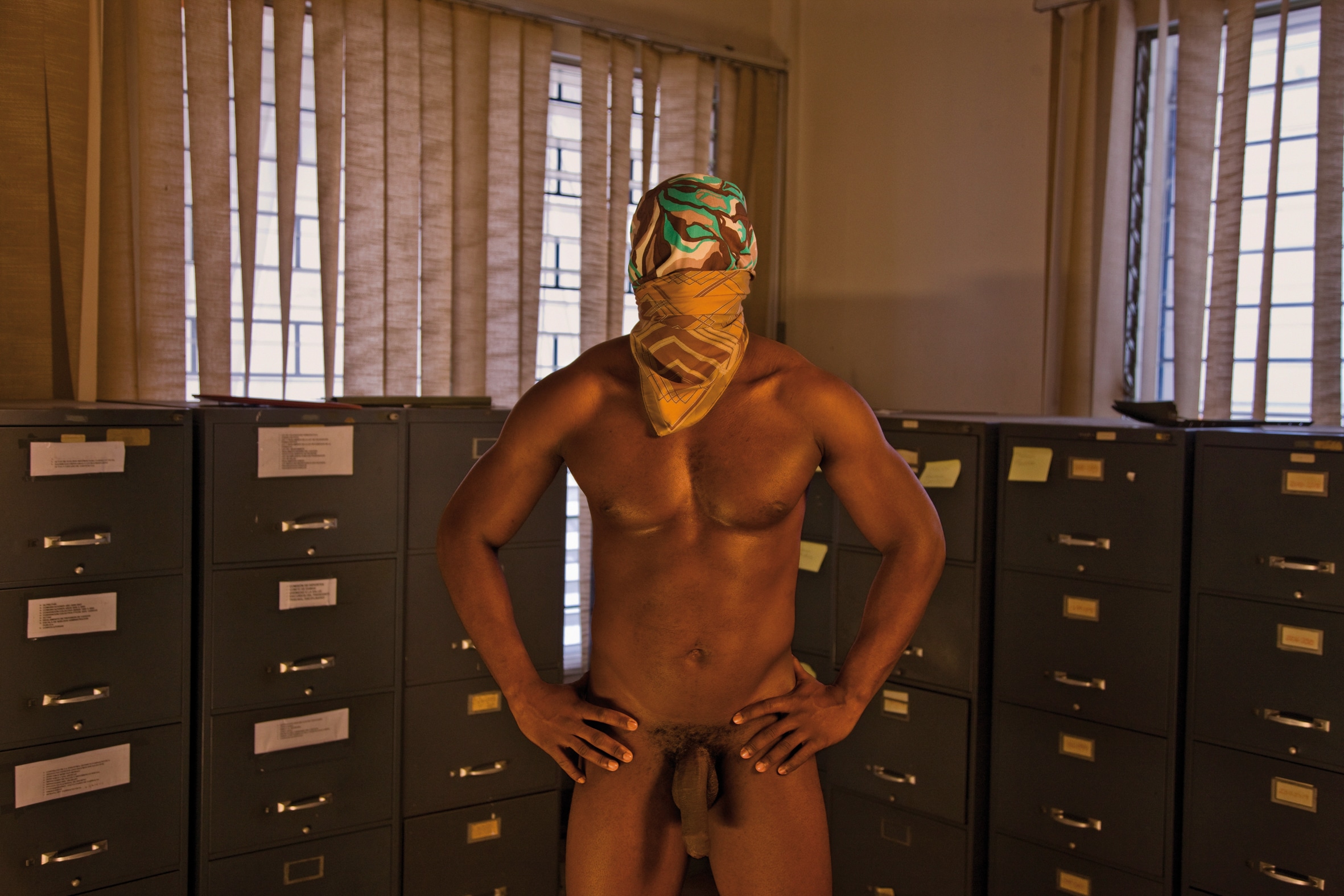 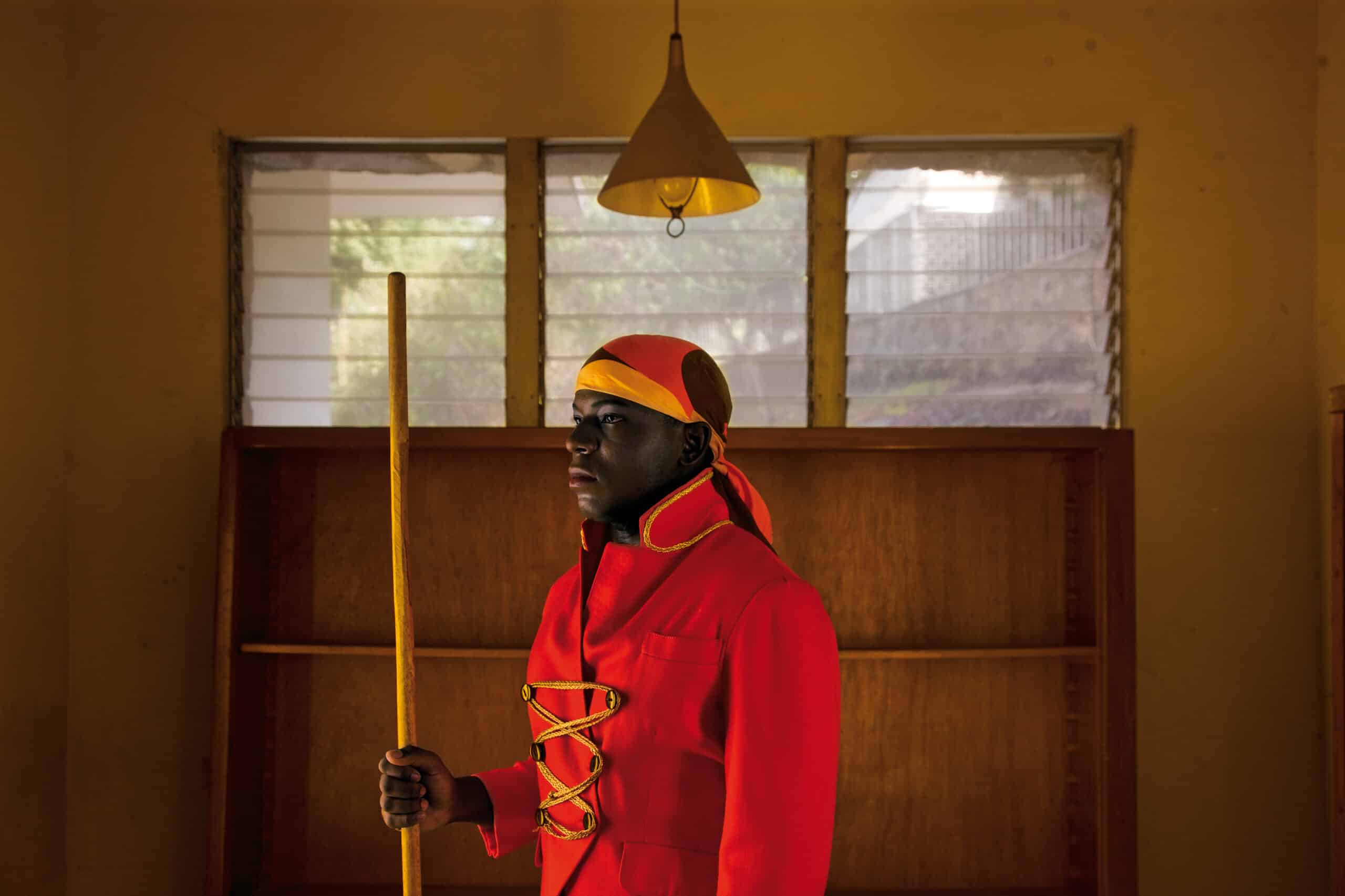 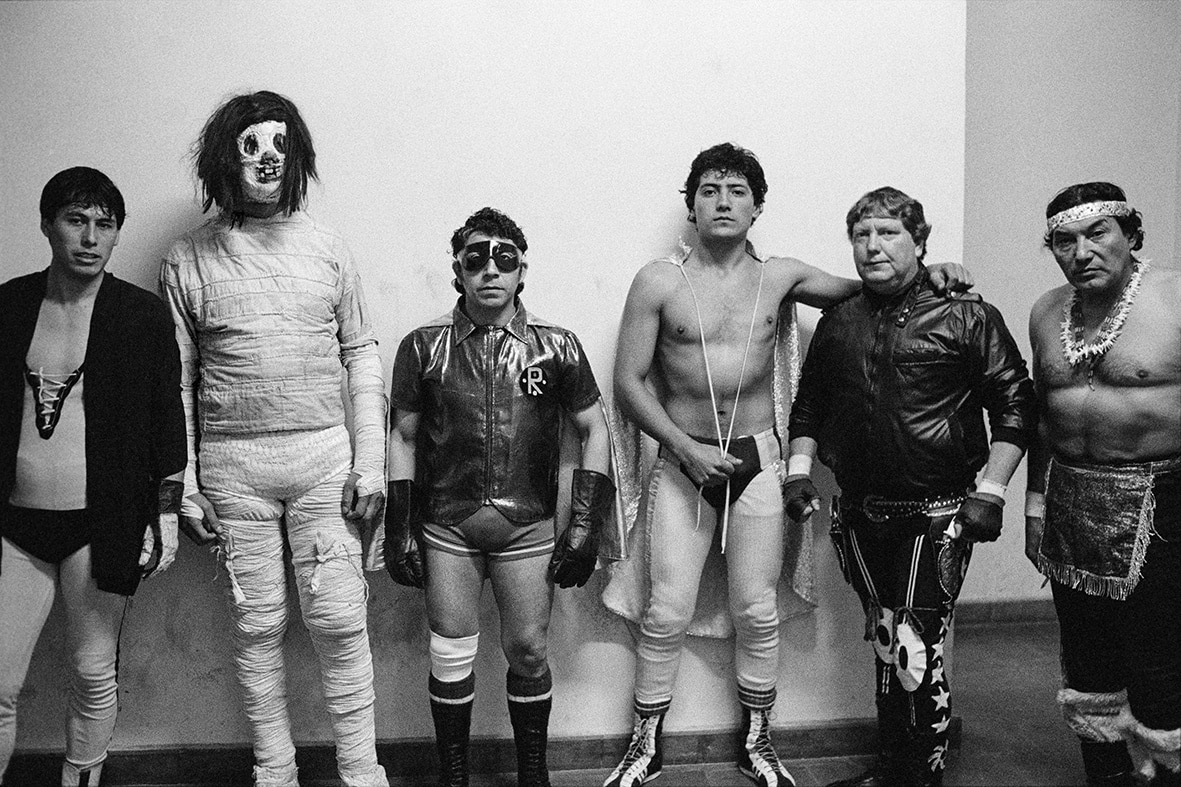 For the production of this series, Paz Errázuriz travelled the north of Chile in a bus with a group of wrestlers. This experience gave her the opportunity to witness a totally hidden side of the wrestling business, their private environment. Aside of the fighting characters that these men impersonate on the ring, the artist is able to unveil a family life, wives and children that travel with them, and a certain singularity in their way of living. Instead of putting her focus in the strength or the performance, Errázuriz chooses the intimacy and fragility. 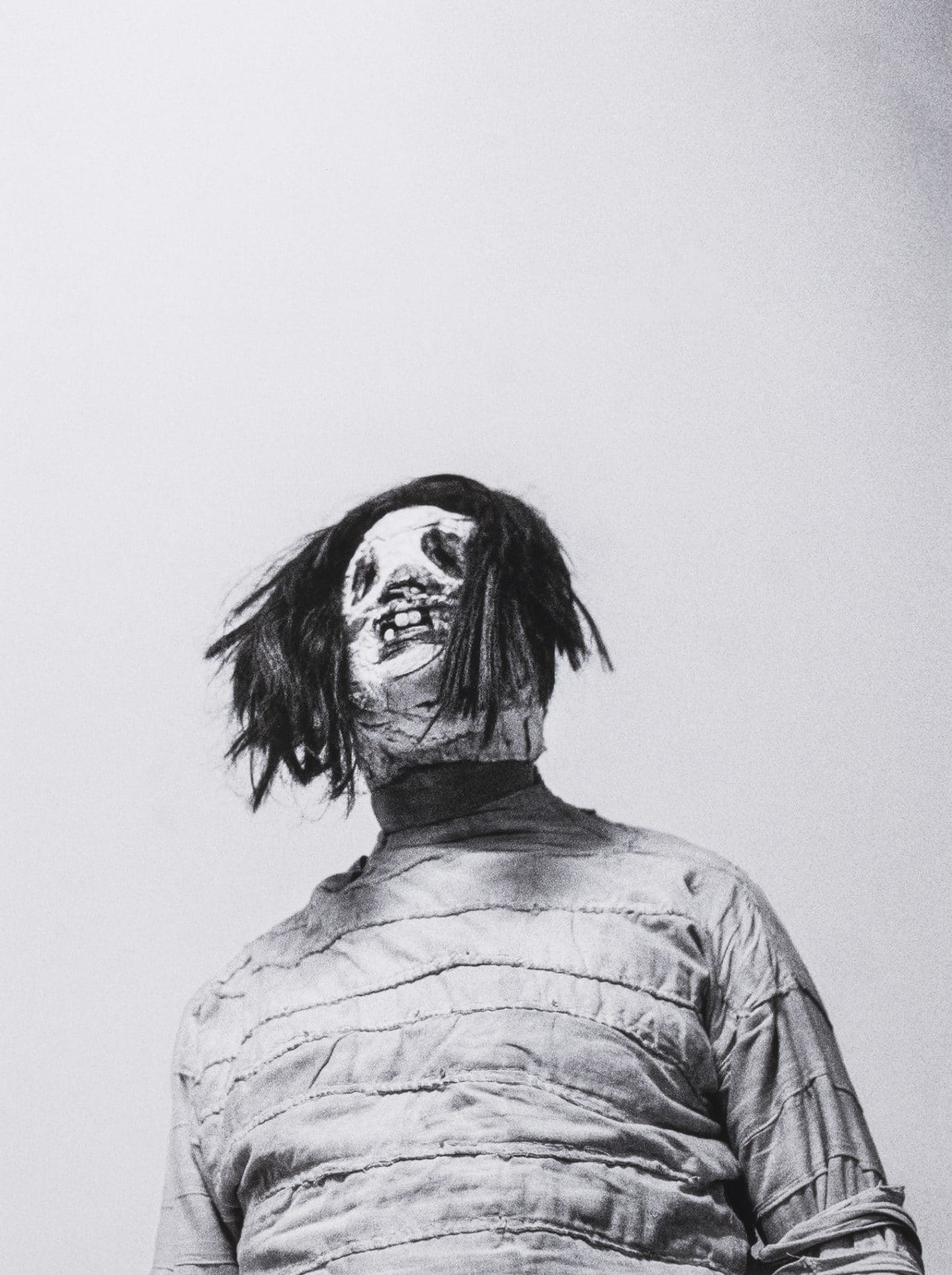 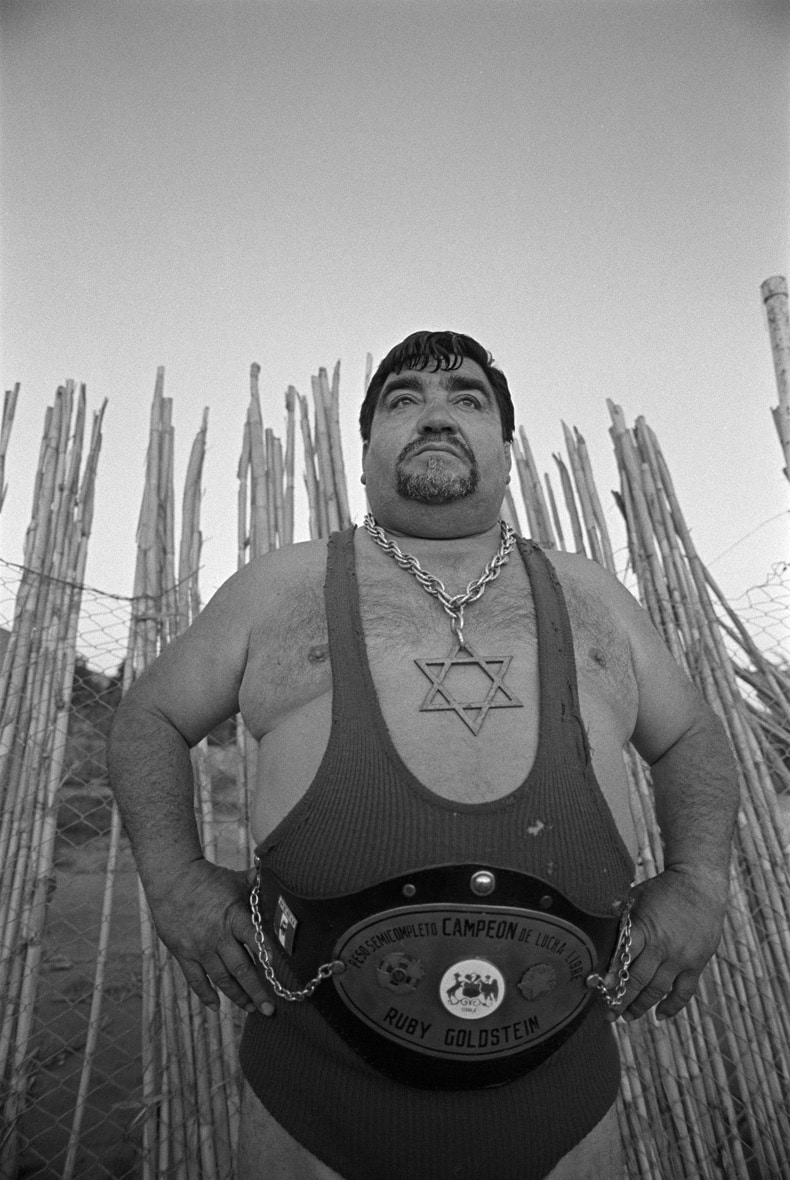 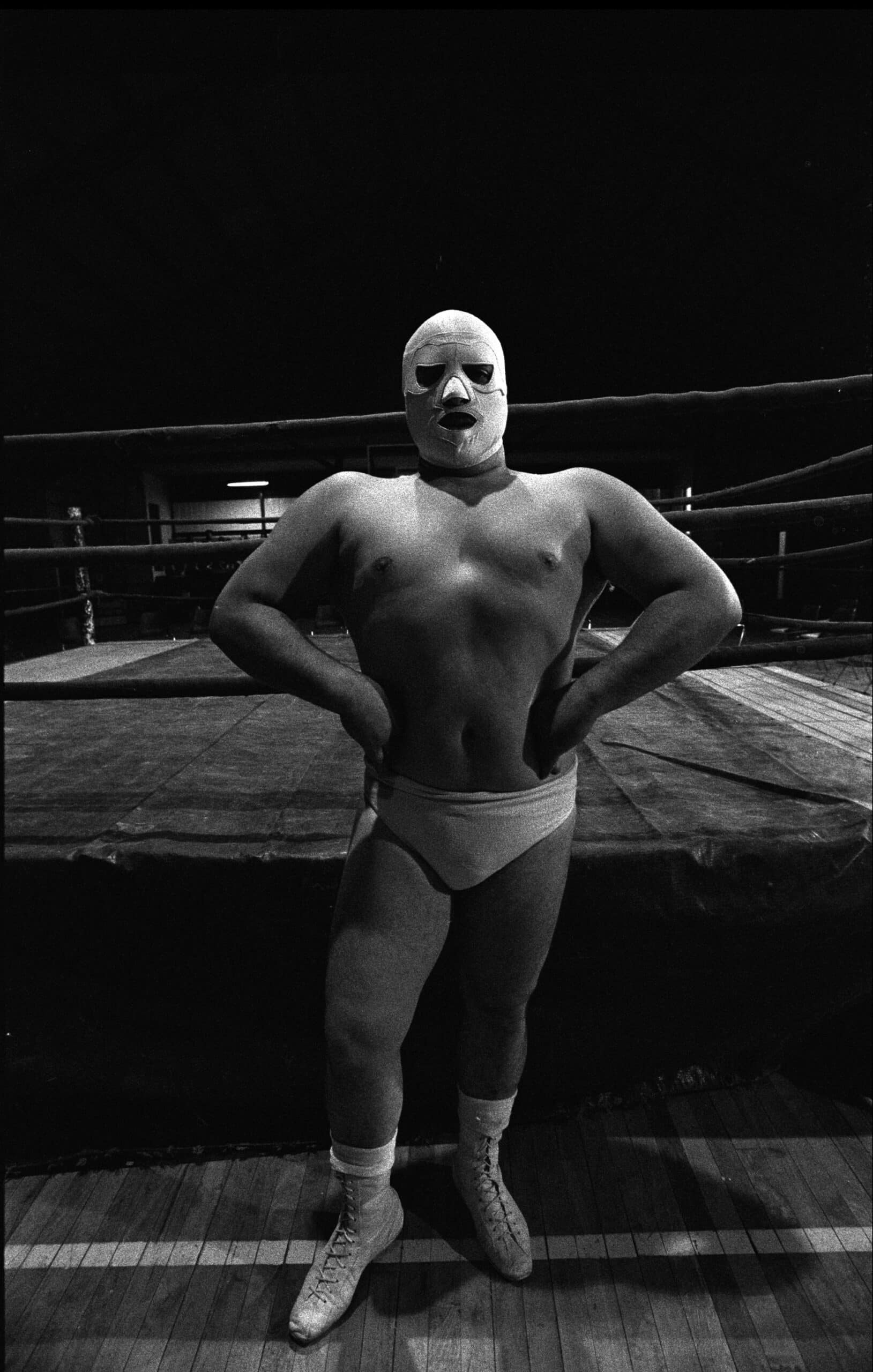 In his photographic self-portraits, Carlos Motta performs fictive characters for the camera in eerie, constructed landscapes. The images depict scenes where his body, sex, and gender are malleable props transformed beyond recognition. In these early photographs, Motta experiments with the representation of sexual alterity, the elasticity of identity, and the politics of difference, unknowingly anticipating the themes that he currently engages in his practice. 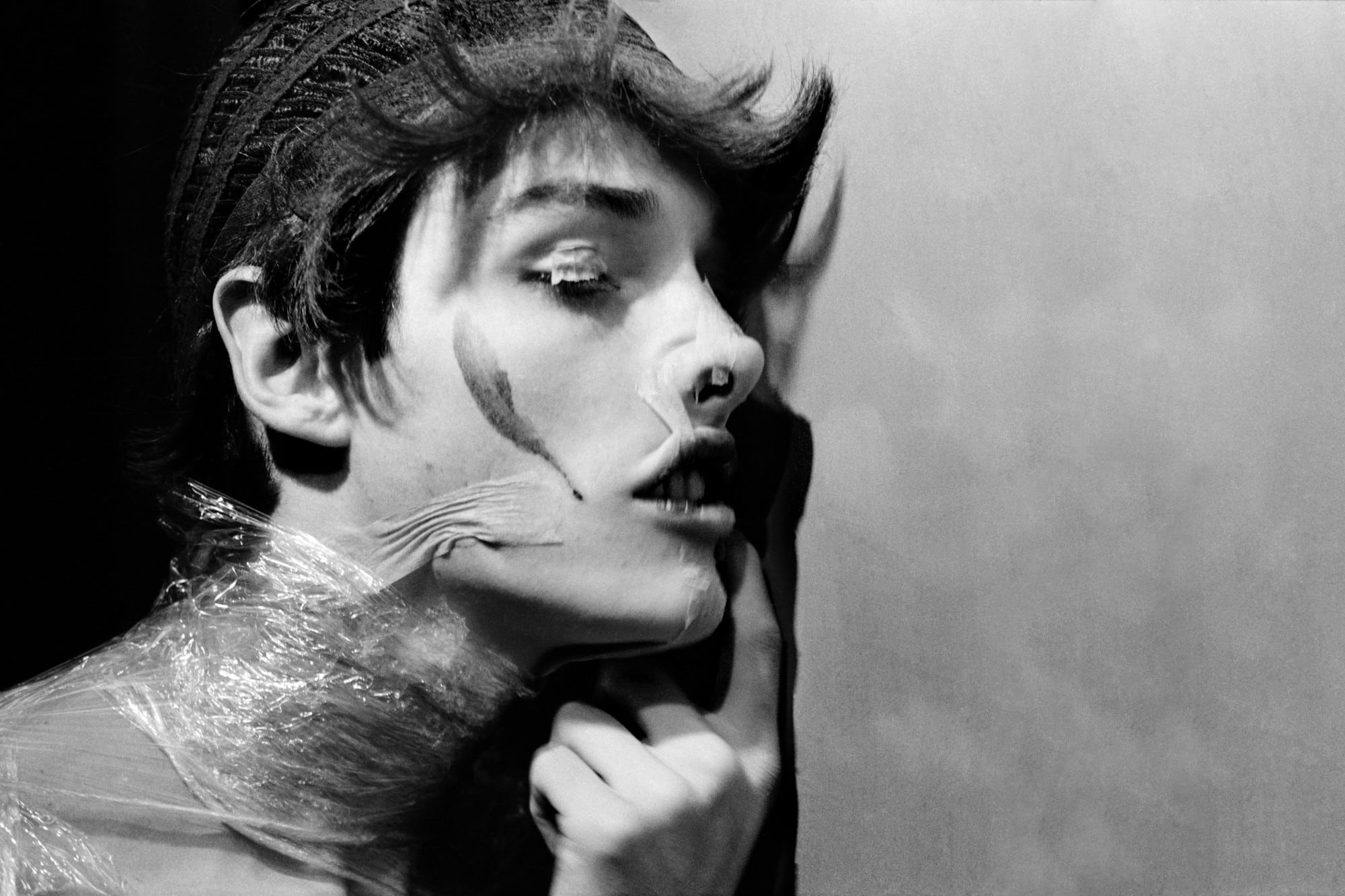 Corpo Fechado : Portrait of José Francisco Pedroso with his “bolsa de mandinga” is a four-image photographic portrait of José Francisco Pedroso, an African slave who together with fellow slave José Francisco Pereira, distributed bolsas de mandinga, amulets to protect slaves from injury in both Brazil and Portugal. Pedroso was found guilty of sorcery by the Lisbon Inquisition in 1731. Carlos Motta collaborated with Portuguese-Guinean actor Welket Bungué to create this portrait. The amulet around Bungué’s neck was offered to him by his mother. The photographs were taken by Alp Klanten. 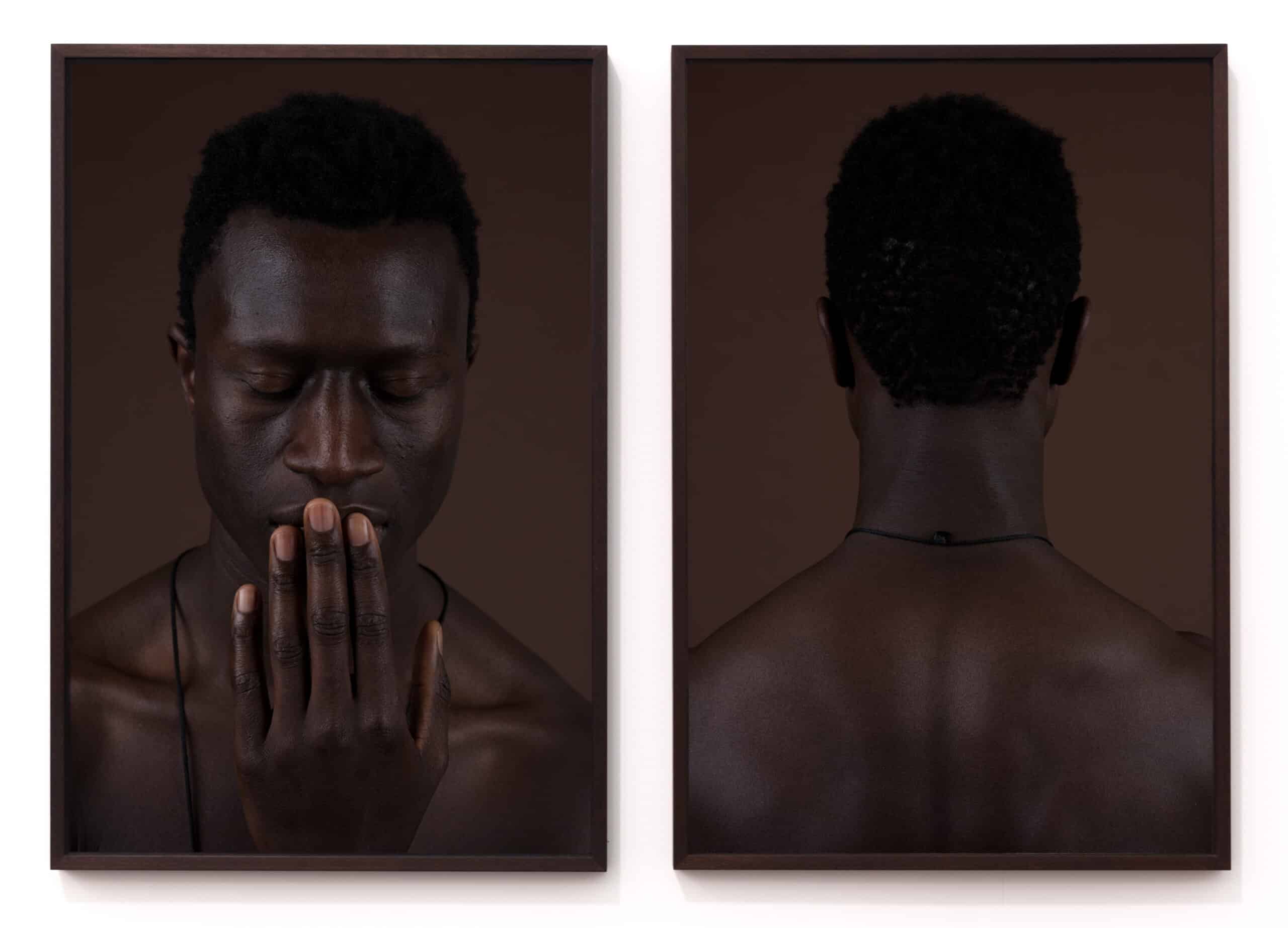 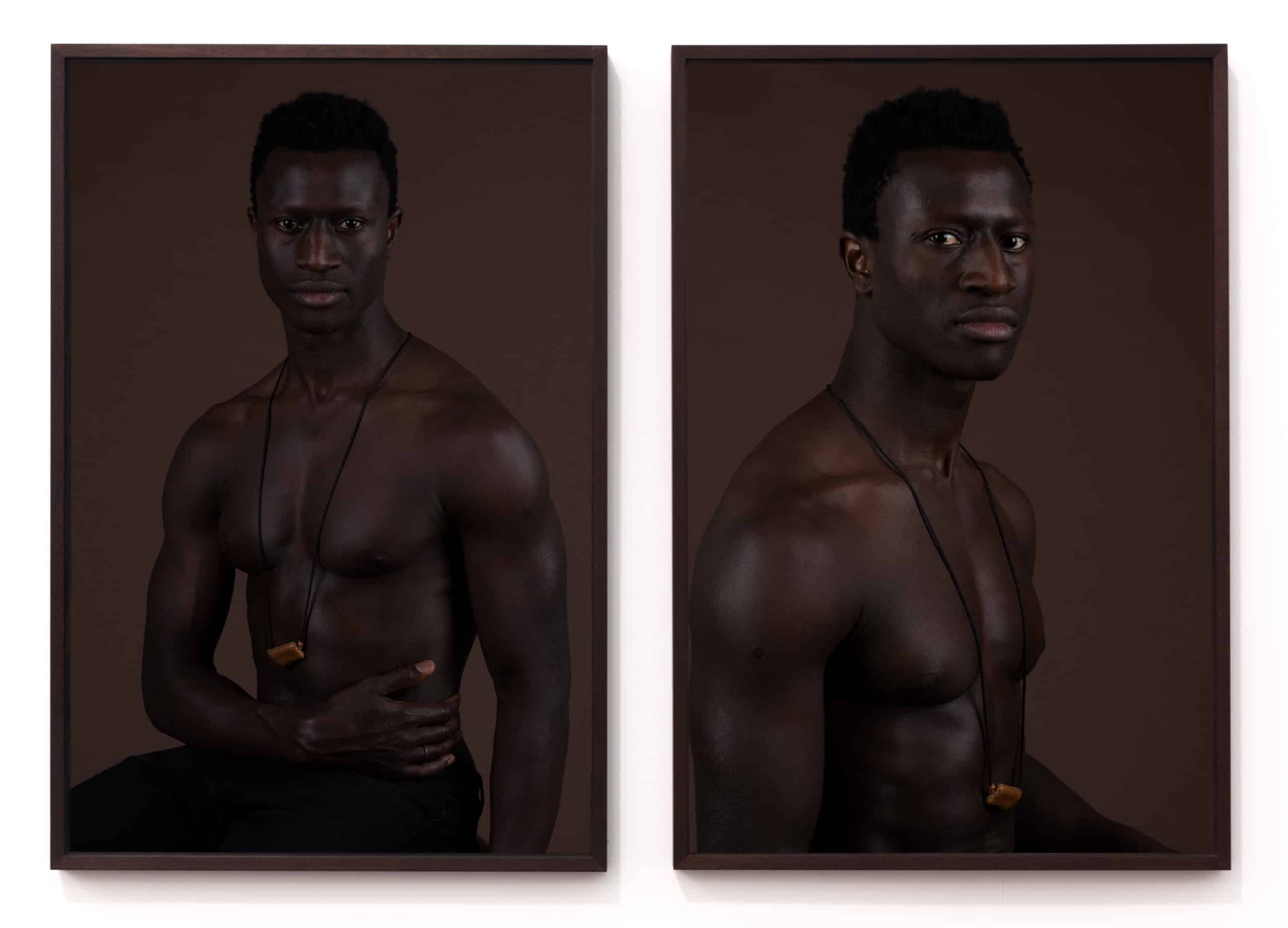 What strikes you immediately about Rosângela Rennó’s work is a level of impenetrability. Her photographic installations resist easy translation into meaning and narrative. One interesting aspect of Rennó’s practice is that she no longer takes photographs, preferring to use either images from archives or those that she has found. As a consequence her work can be characterised as a series of re-contextualisations. By utilising photographs already taken and placing them within the context of other images, she creates new interpretations. 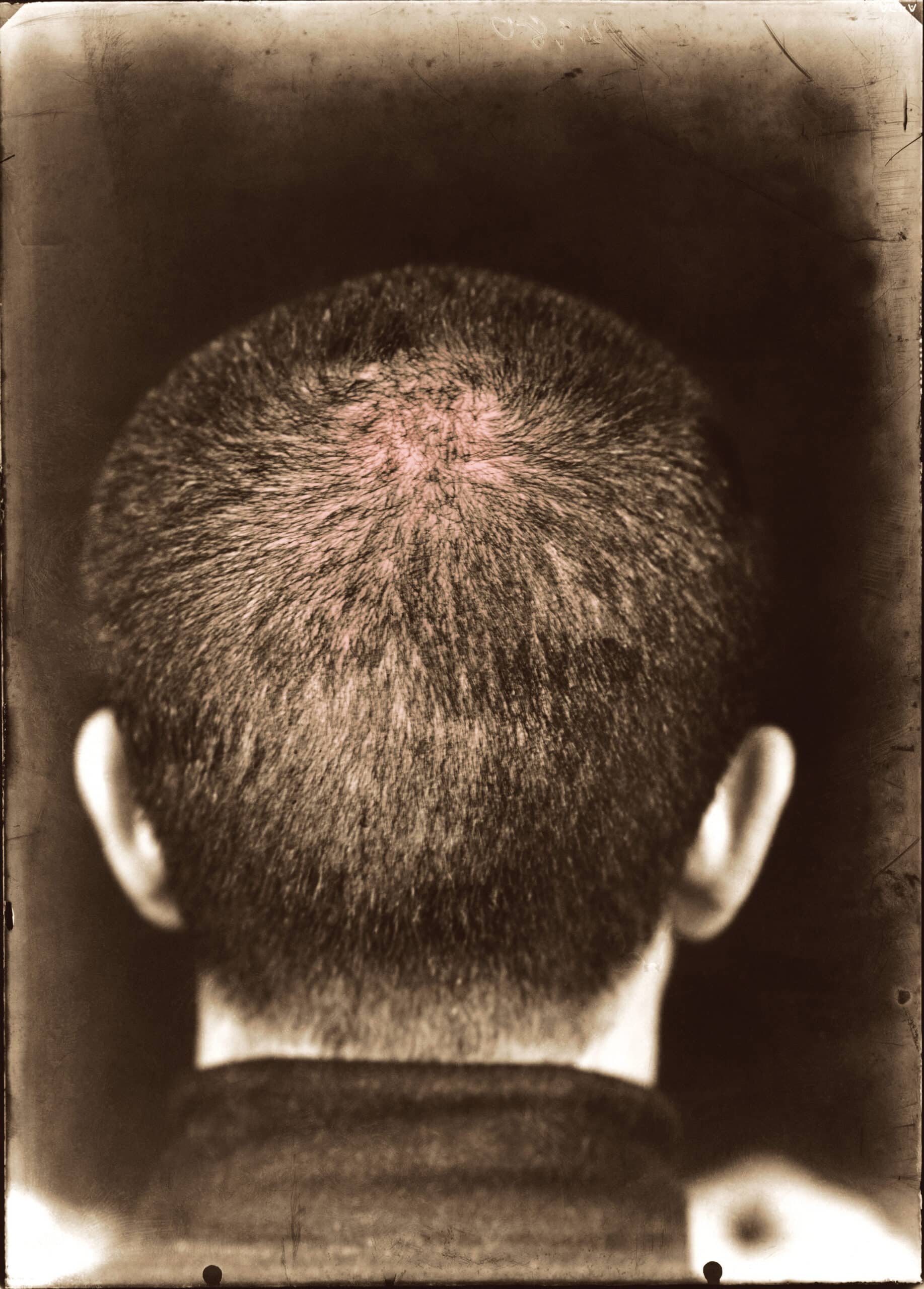 The triptych of Trocheros en La Parada represents the constant effort of Teresa Margolles in rendering visible the people living and working along the border between Colombia and Venezuela, particularly after the migrational crisis that affects the area. The image of these men, taking off their t-shirts, relate to former actions by the artist —like La entrega (2019), developed for her solo exhibition at the MAMBO, Bogotá. Margolles has sometimes collected used t-shirts that contain the sweat of working men, to translate that essence into actions in the exhibition space or to integrate her installation pieces. In the last of the images the “trocheros”, from the city of San Antonio de Táchira, stand bare chested in a pose that shows empowerment but also their condition as anonymous working force. 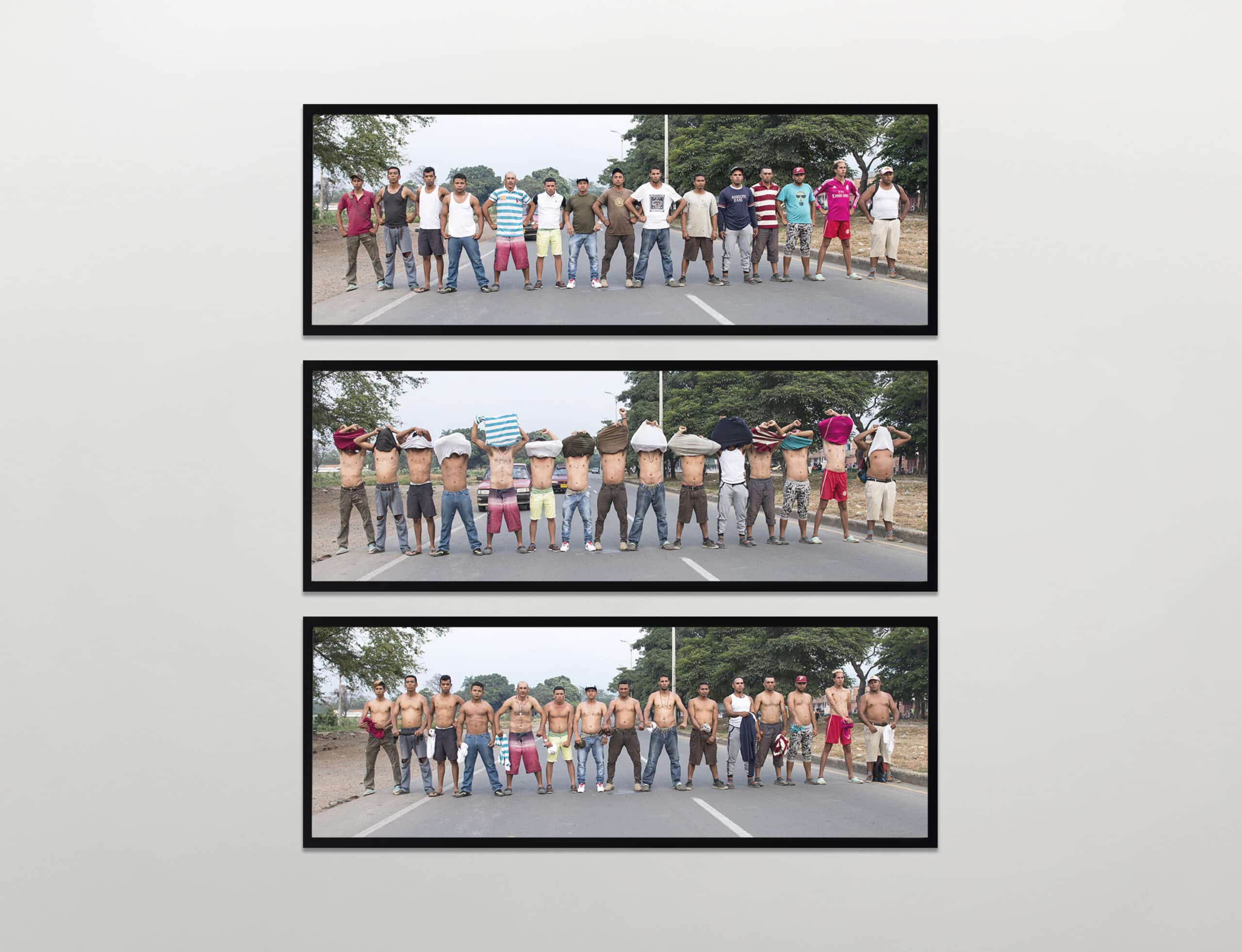 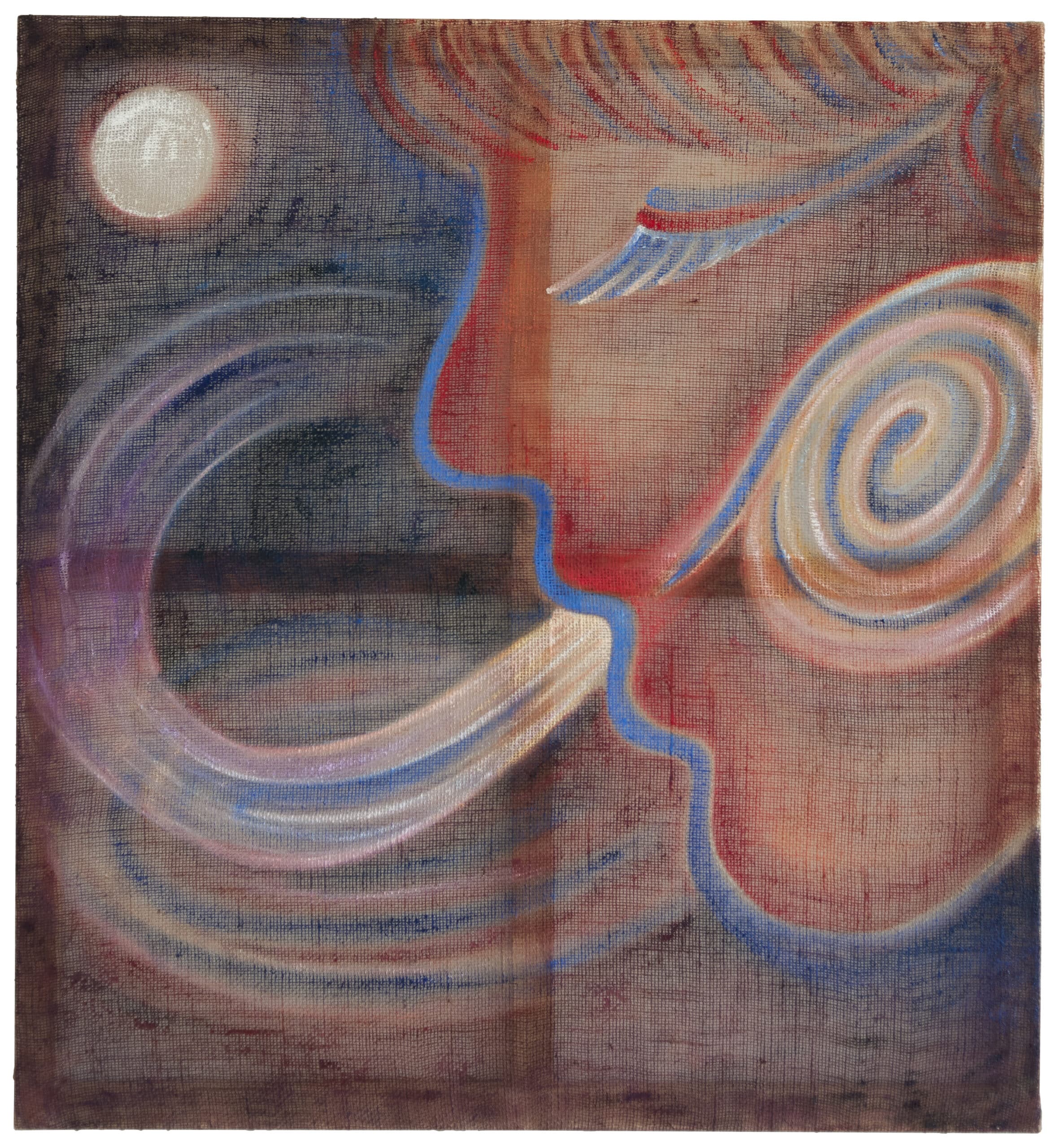 In Daniel’s paintings, vivid colours make his forms appear lit from within, potent and radiant. Unfamiliar landscapes undulate and move like living beings. Celestial bodies preside over human existence and interactions. For Daniel, these images seek to convey that towards which he is always striving : an “awareness of being alive”. Inhabiting this awareness and observing the world from a place of solitude is a key figure in Daniel’s practice. While his practice endeavours to convey an existential pulse by uncovering a common human essence, it draws together further threads of his work, in particular the personal experience of homosexual male identity. In paintings that present the naked male body, Daniel connects viewers to his own vulnerability as a gay man. And yet, by portraying these bodies as exuberant, spiritually harmonious and abundantly alive, he is also envisaging a way of being that supersedes identity and finds joy and empowerment in being connected to the elements, to nature, to one’s own body. 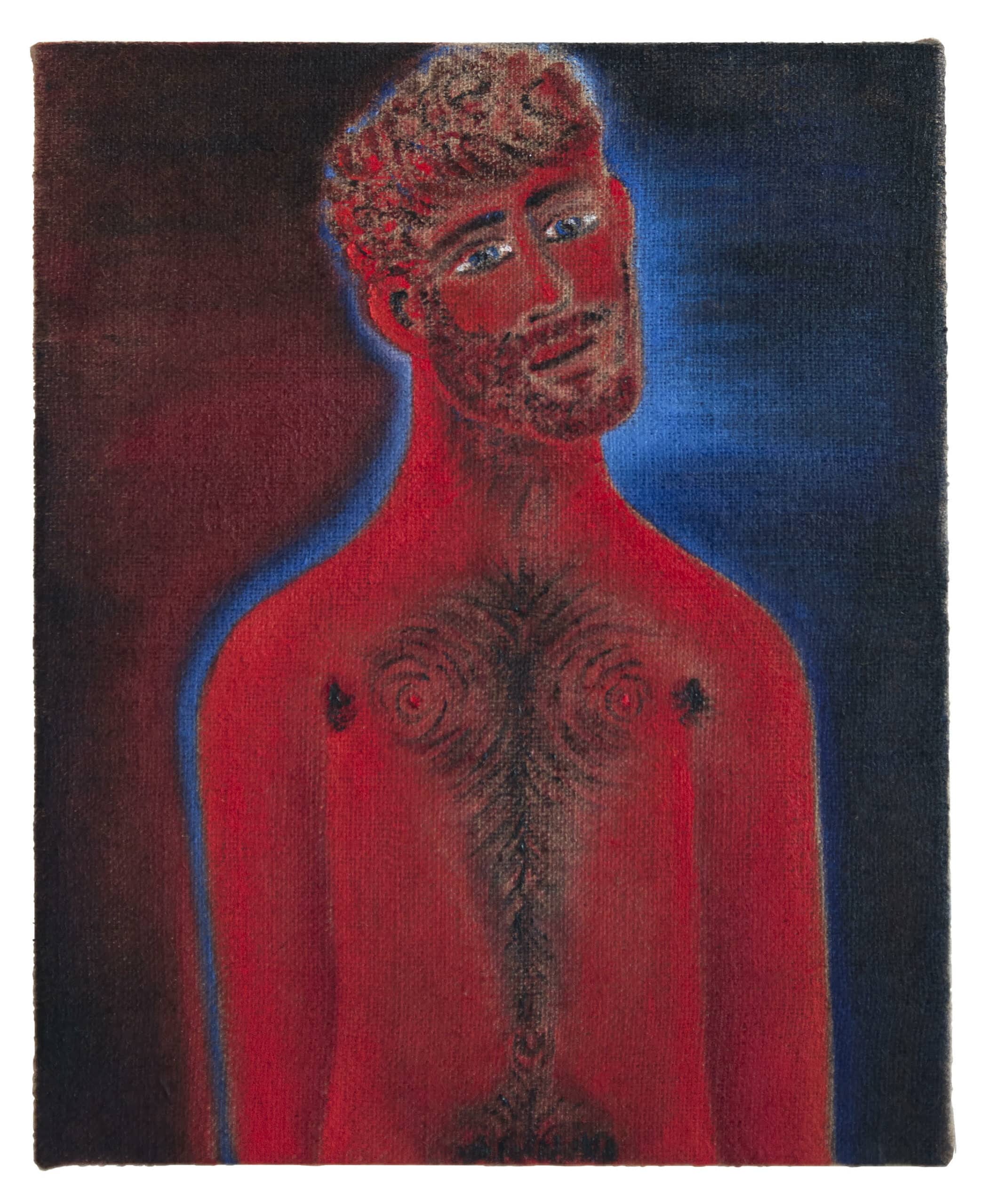