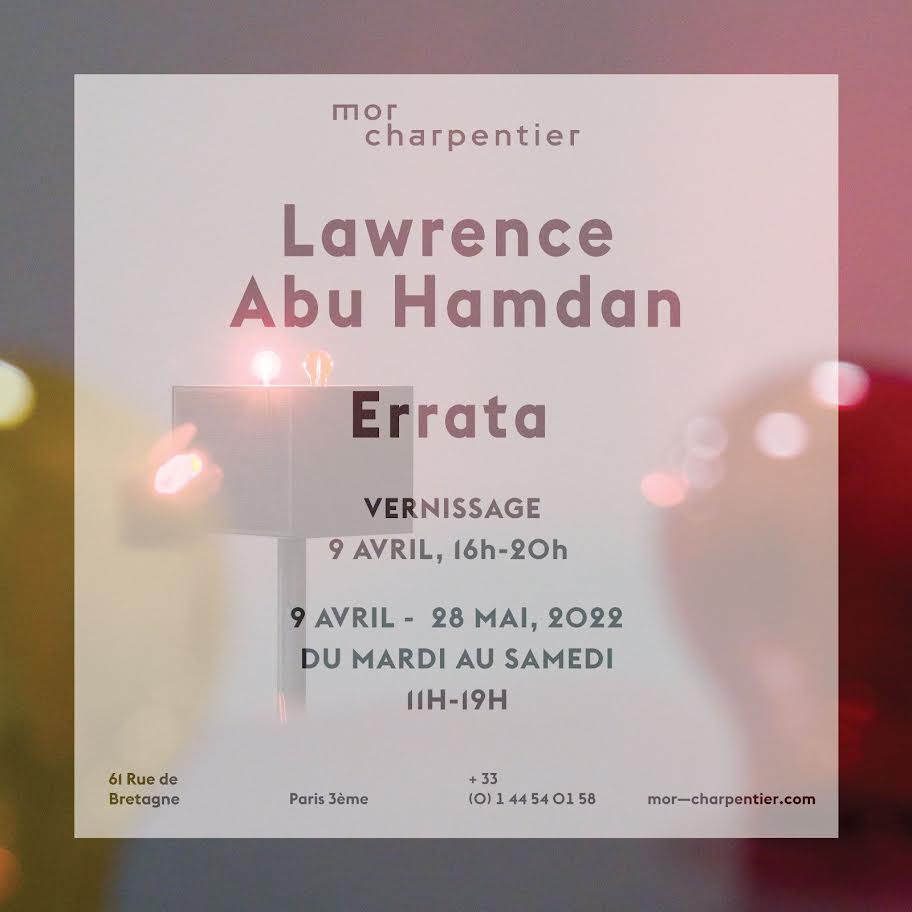 We are excited to announce our upcoming exhibition, Lawrence Abu Hamdan’s solo show ??????.

For his second solo show at mor charpentier, Abu Hamdan presents a series of works that follow his research on sound as legal evidence, focusing on the unbreakable relationship between testimony and the technology used to record it.

The exhibition will showcase the immersive installation The Witness-Machine Complex, an artwork that takes the infamous Nuremberg Trials (1945-1946) as starting point. Here the artist focuses on the new electroacoustic device developed at the time to allow for the simultaneous translation of testimonies through the system of yellow and red light bulbs.

Also, Hamdan will present Errata, a further development of the artist’s research by replacing the actions of the invisibilized translators at the heart of the trial and its final documentation. He proposes a group of carbon paper sheets intervened into the original transcript and reinserts the breaches, nervousness, and breaks within testimony that were withdrawn from it.