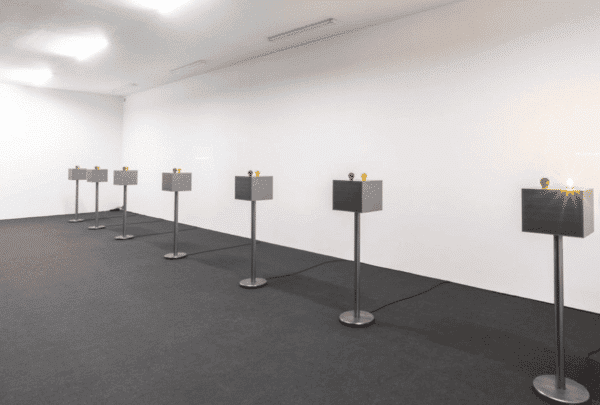 Lawrence Abu Hamdan’s exhibition The Witness-Machine Complex at the Kunstverein Nuremberg has been extended until December 19th.

In the show, Hamdan examines the role of the simultaneous translators at the Nuremberg Trials in 1945, who allowed the International Military Tribunal to take place in Russian, French, German.

Abu Hamdan’s installation at the Kunstverein Nürnberg invokes this technological architecture and the inseparable relationship between testimony and technology. Through his work, he suggests that the true capacity to bear witness is measured not only through acts of coherent testimony and seamless speech, but also by the very ineffability of what is witnessed – the emotional and unspoken resonance of memory.

Go and take a look at it Kunstverein Nürnberg!