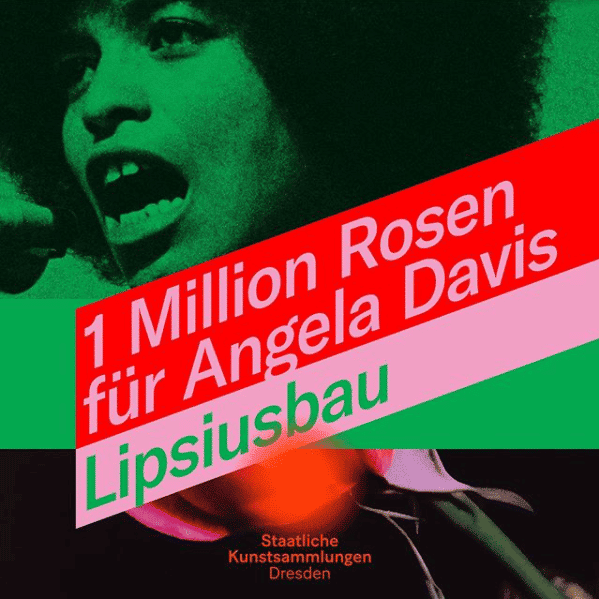 The exhibition organised at Kunsthalle im Lipsiusbau remembers the state-organized solidarity campaign calling for the release of the US philosopher, communist and Black Power activist Angela Davis. “A million roses for Angela” was the motto of a postcard campaign in 1970-72 in support of Davis, who at the time was being held under terrorism charges. Exhibited works focus on the issues that the now emeritus professor campaigned on at the time, which are still pressing today, and thereby initiate discussion about the background, flaws, and unfulfilled potential of this unusual relationship between Davis and the GDR. In photographs, videos, sculptures, sound installations, and conceptual works, some of which are new commissions for this exhibition, a young generation of artists, including Lawrence Abu Hamdan, focus attention both on Davis’ ongoing commitment to social justice and her struggle against racism and sexism, as well as on how her iconic image came to be inscribed within a global history of resistance.