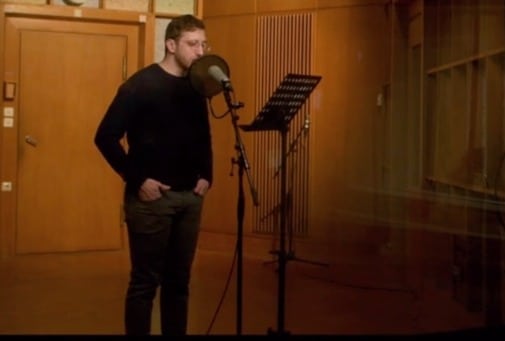 These two works explore contested borders, citizenship and freedom of movement. Set in a facility designed with one specific function – to fire ammunition and mute the sound of the bullets– Rubber Coated Steel presents the fictitious trial of an actual murder case. The subtitles are a transcript drawn from a case focusing on an incident in May 2014, in which two unarmed teenagers, Nadeem Nawara and Mohamad Abu Daher, were shot and killed by Israeli soldiers in the occupied West Bank (Palestine). On the other hand,Walled Unwalled, shows Lawrence Abu Hamdan behind the windows of an infamous cold war-era recording studio in former East Berlin. He speaks to the viewer about the permeability of walls, citing in the process the US Supreme court thermal imaging case Kyllo v. United States (2001), the murder trial of Oscar Pistorius and the survivors of Saydnaya prison.