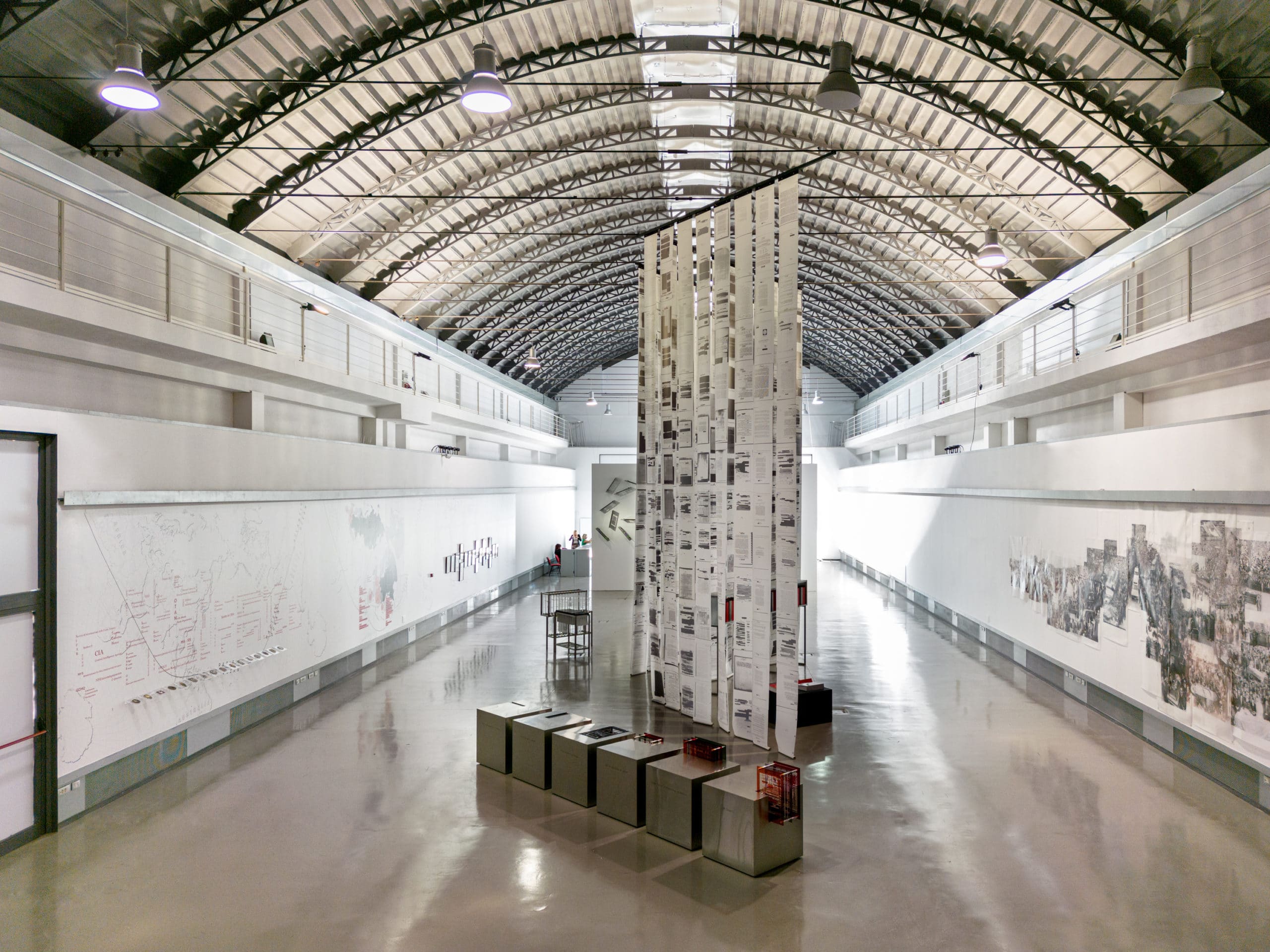 The exhibition is part of a cycle of work in which the artist sought to understand the way in which foreign agencies and governments have operated outside the law, time and again, in Latin America and Europe. False Flag proposes a review of declassified US intelligence files on Latin American countries during the Cold War and a review of a series of documents revealing the existence of Secret Armies (Stay Behind) implemented by the CIA and NATO to prevent the advance of the left in post-war Europe, revealed under the name of Operation Gladio, during the 1990s in Italy.