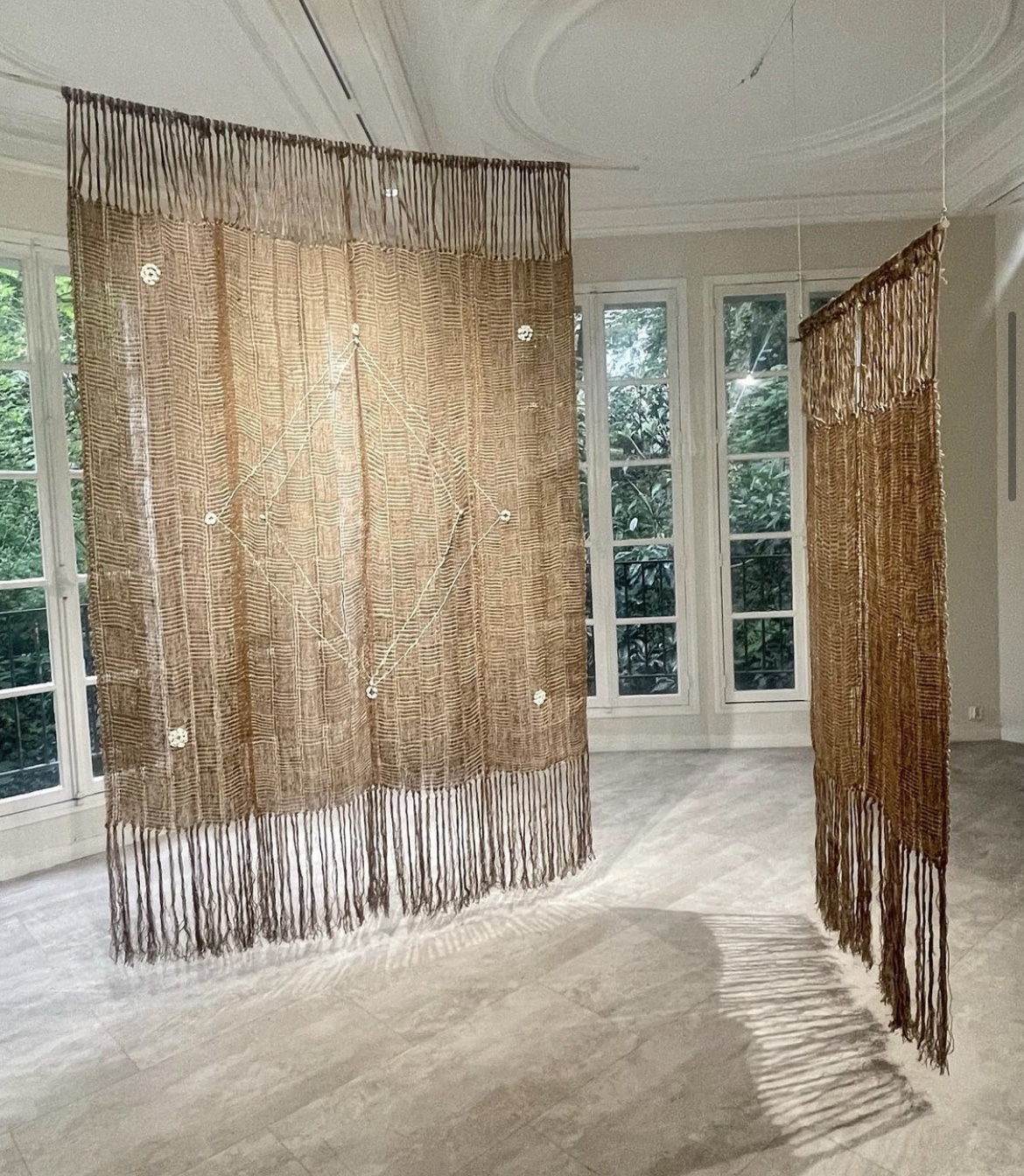 As a result of her Art Explora Residency, Charwei Tsai created Under the Same Sky and Coming Together a series of textile pieces made in collaboration with the experimental school of Bulaubulau aboriginal village in Yilan, Taiwan.

During the pandemic years, Tsai stayed in Taiwan and made frequent visits to her indigenous friends’ self-sustainable farm and experimental school Bulaubulau in the mountains of Yilan, Taiwan. She took special interest in the traditional Atayal process of weaving and its social and environmental implications in today’s world. Since the beginning of the 20th century, the Japanese colonizers imposed the “five year aboriginal policy” (五年理蕃計劃), which banned tattooing on the face and restricted traditional weaving. Therefore, the knowledge of hand- crafting the yarn and dye from local plants passed down from generation to generation has been lost.

Almost two decades ago, the Bulaubulau family revived this knowledge starting with the grandmother recollecting the weaving techniques and passing it down to her daughters and grand-daughters. In the recent years M’l’s who is one of her grand- daughters, took the process further and relearned how to make plant based dye locally from plants such guava leaves, turmeric, twigs and berries. During Tsai’s stays with the family, she learned some basic techniques of weaving and together they conceived ideas of creating new textile pieces that honors the female labour and social impact on the community of reviving the craft.